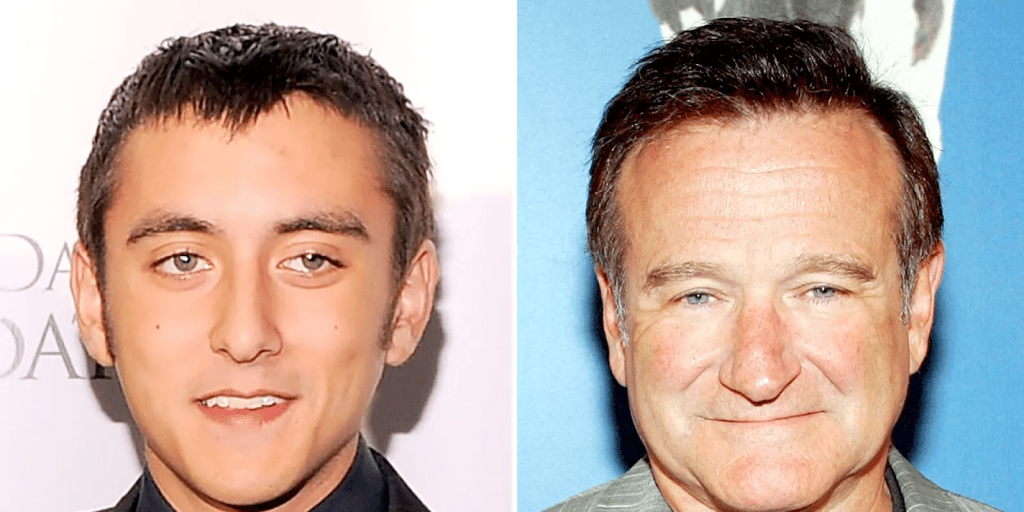 Who is Cody Alan Williams?

Cody Alan Williams is an assistant director, but probably best known as the youngest son of the late actor and comedian Robin Williams. He was born under the Zodiac sign Sagittarius on 25 November 1991 in New York City, USA. As of 2022, he is 30 years old, and holds American nationality.

Cody’s mother is Marsha Garces, a film producer and philanthropist, who worked closely with his father, initially Robin’s personal assistant, and later became a producer for a number of his movies, including “Mrs Doubtfire,” “Patch Adams” and “Jacob the Liar.”

Considering that Cody has led a very private life, rarely making public appearances, not much is known about his life. He was raised in New York, where he attended a private high school, and in an interview, his father disclosed that he studied music production.

Reportedly, Robin met Marsha in 1984, after being employed as a babysitter for Robin’s first son Zachary whom he had with his first wife, Valerie Velardi. After his divorce from Valerie in 1988, Robin and Marsha married the following year, however, in 2008 Marsha filed for divorce over irreconcilable differences, which was finalized in 2010.

Cody has an older sister named Zelda Williams, and half-brother Zachary Zak Williams. Zelda followed in her father’s footsteps and launched a career as an actor, director and producer. She is best known for her voice roles in animated movies and series such as “The Legend of Cora,” “Teenage Mutant Ninja Turtles,” and her portrayal of Drew Reeves in the series “Dead Summer.” Regarding her personal life, Zelda is bisexual, disclosing on her Twitter account in 2021 that she has aphantasia, which manifests as an inability to create mental images voluntarily.

Cody’s half-sibling Zachary, from his father’s marriage to Valerie Velardi, is an entrepreneur, the owner and CEO of the company entitled “Pym,” which sells “mood chews”- gummies with amino acids ‘that target the body’s hormone levels to manage stress and anxiety’. Talking to a media outlet, he disclosed the idea behind the company, explaining that his father’s death had a major influence, saying: ‘I found myself depressed, anxious, traumatized. I was self-medicating with alcohol and cannabis. After I got sober, I was looking for a healthier way to cope. My brain still needed something to bring itself back to the center.”

Unlike his father and his sister, Cody chose to work behind the camera rather than in front of it. In 2012 he was a second assistant director in the sports drama movie “Troubles with the Curve,” starring Clint Eastwood, John Goodman and Amy Adams, and during the same year he was credited for his work on the sex/comedy movie “American Reunion”.

In 2014, he appeared in an episode of the TV series “Inside Edition,” his only on-screen appearance.

According to his IMDB page, he has been credited as an assistant director for a number of other high-profile movie projects, such as “Captain America: Civil War” (2016), “Spider-Man: Homecoming” (2017), and “Guardians of the Galaxy Vol.2, Black Panther” (2018) among others.

As a very private person, Cody rarely makes public appearances and doesn’t share information about his life with the media, with a few exceptions. In 2010, he showed up at the Christopher and Dana Reeve Foundation gala at New York Marriot Marquis, alongside his sister Zelda and mother Marsha. His last public appearance was in 2014, following his father’s unfortunate death, seen in front of his mother’s home in San Francisco, waiting and greeting friends and family.

Cody is a married man; on 21 July 2019, he tied the knot with his long-time girlfriend Maria Flores in California, on his late father’s birthday. Similar to Cody, Maria is also a very private person, and not much is known about her.

While Cody remained thigh-lipped regarding his special days, his sister couldn’t contain her excitement, and she wrote on Instagram :‘To Maria and Cody, you are a light in all of our lives. I’m so grateful to have paid witness to your love over the years, to have watched you grow and care for each other. You were already part of the family in my eyes, but now there’s an official slip of paper somewhere that agrees!’

Cody has a very close bond with his two siblings, and is featured on their social media from time to time.

Given that information on his professional life is scarce, it’s hard to establish his exact net worth. However, it is known that Robin left his entire estate worth $100 million to his three children, Cody, Zelda, and Zachary, which suggests that Cody’s share is in the region of $30 million.

He is a great fan of music, which is evident considering he studied music production. Even though he’s not active on social media, his sister likes to share information about herself and her family, and referred to Cody as a ‘musician’ and ‘teacher’ in an Instagram post.

Robin McLaurin Williams, widely regarded as one of the best comedians of all time, is a household name and recipient of numerous accolades, including an Academy Award, six Golden Globe Awards, and five Grammy Awards.

Hailing from Chicago, Illinois, he was born to Robert Williams, a senior executive at Ford, and Laurie, a fashion model. He attended Claremont McKenna College, where he took his first dab at improvisational comedy. Later, Robin enrolled at the College of Martin to study acting, then transferred to the prestigious Juilliard School in New York.

He then moved to California and began his career as a comedian, performing in comedy clubs in the early ‘70s. However, it didn’t take long for Robin to switch to TV, and he started landing minor roles in a number of TV series such as “The Richard Pryor Show,” “Happy Days”, and” Laugh-In”.

Robin rose to fame after landing the role as Mork in the sitcom “Mork & Mindy,” which ran from 1978 to 1982, which gave him the opportunity to display his acting versatility and improvisational skills, emerging as a major star and paving the way for his film career.

Bouncing between minor roles in movies such as “Popeye”(1980) and “The World According to Garp”(1982), Robin scooped his first notable movie part, portraying a military disc jockey in war comedy “Good Morning Vietnam.”

In 1989 he further cemented his path to stardom by playing an English teacher in the critically acclaimed teen-comedy drama “Dead Poets Society”, and in the ’90s, he won the audience’s hearts playing the titular role in the comedy-drama movie “Mrs. Doubtfire” (1993).

His next notable role came in 1997, when he portrayed a psychiatrist in the drama film “Good Will Hunting” alongside Matt Damon, winning the Academy Award for Best Supporting Actor.

Building his profile, Robin took both comedic and serious roles, starring in several projects over the next decade, including the movie “One Hour Photo” (2002), stand-up special “Robin Williams: Live on Broadway” (2002), and “Night at the Museum” (2006).

In addition to his prolific acting career, he was very involved with various charities, including Comic Relief and Christopher and Dana Reeve Foundation. In August 2014, he committed suicide. Following his autopsy, it was established that he suffered from Lewy body disease, a form of dementia that causes changes in behavior, sleep, and cognition, of which he was apparently aware.