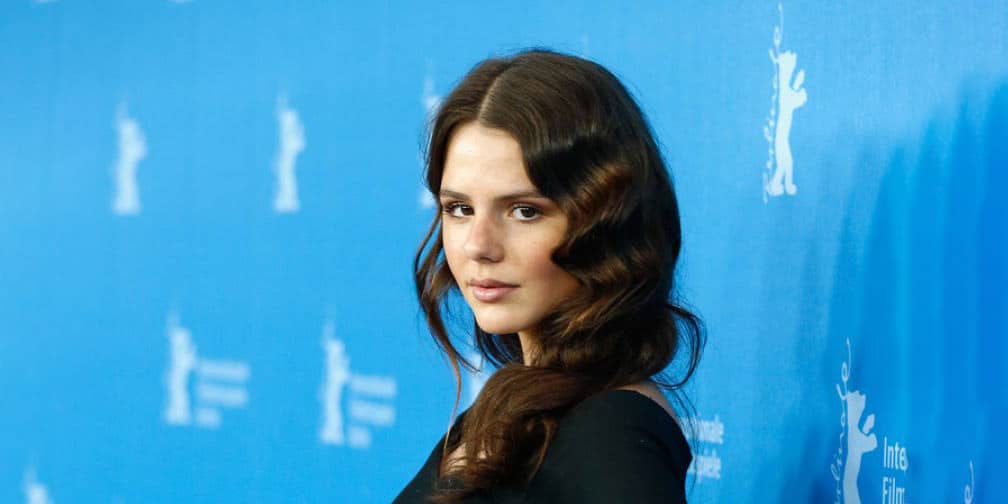 Ruby O. Fee is a Costa Rican-German actress, probably best known to the world as Sophie Kellermann in the TV series “13 Hours: Race Against Time” (2010-2012), and as Ruth Arndt in the film “The Invisibles” (2017), in addition to several other popular roles that she’s secured so far in her career.

Born Ruby Moonstone Camilla Willow Fee on 7 February 1996 in San Jose, Costa Rica, to her German mother; there’s no information about her father. After living for a while in Costa Rica, Ruby moved to Brazil with her mother where she spent her childhood. Then in 2008 she moved to Berlin, Germany with her mother and her second husband, and Ruby’s stepfather. She went to Bela Bartok Music School.

Ruby’s career started in 2010 when she was cast as Rebecca at nine years old in the romantic sci-fi drama film “Womb”, written and directed by Benedek Fliegauf, and starring Eva Green, Matt Smith, and Lesley Manville. The same year, she was selected for the part of Sophie Kellerman in the German TV adventure-drama series “13 Hours: Race Against Time” (2010-2012), originally entitled “Allein Gegen Die Zeit”, with Timon Wloka, Janina Fautz and Timmi Trinks as the main stars – Ruby starred in all 26 episodes of the award-winning series, which launched her to stardom.

In 2011, Ruby portrayed Laila in the adventure film “Lowenzahn – Das Kinoabenteuer”, co-starring Guido Hammesfahr and Dominique Horwitz, and continued her career in stunning fashion, first with the part of Angeletta in the film “Die Schwarzen Bruder” (2013), for which she won Children Jury Golden Sparrow in the category for Best Actor/Actress at the German Children’s Film & TV Festival, while in 2014 she portrayed Sophia v. Gelenberg in the fantasy film “Bibi & Tina”, and reprised the role in the sequel “Bibi & Tina Voll Verhext!”, released the same year.

Ruby continued rather successfully into the second half of the 2010s – in 2016, she starred in the drama film “Rockabilly Requiem”, next to Sebastian Tiede and Ben Munchow, then starred as Desdemona in the German film “Shakespeares Letzte Runde”, and in the award-winning comedy film “Seitenwechsel”. In 2017, Ruby starred in the drama film “Die Ketzerbraut”, alongside Christoph Letkowski and Manuel Mairhofer, and co-starred in the biopic about Jews who managed to hide away from Joseph Goebbels during his action against Jews in World War II, entitled “Die Unsichtbaren”, which translates to “The Invisibles”.

Two years later, Ruby played Sindy in the action crime-drama film “Polar”, with Mads Mikkelsen, Vanessa Hudgens and Katheryn Winnick in the lead roles, and had the lead role in the drama film “Deine Farbe”, written and directed by Maria Diane Ventura, and co-starring Jannik Schumann and Maria Dragus.

In recent years, Ruby appeared in the action-comedy film “Borning 3” (2020), then in the biopic about Udo Lindenberg who revolutionized the German music industry, entitled “Lindenberg! Mach Dein Ding”, with Jan Bulow in the titular role.

She is currently working on the horror film “Army of Thieves”, in which she will star next to Matthias Schweighofer and Natalie Emmanuel,  scheduled for release late in 2021.

Ruby O. Fee has been rather secretive about her personal life and hasn’t shared much information about it. However, according to sources, she has been in a romantic relationship with German filmmaker, actor and singer Matthias Schweighofer since 2019.

Previously, she dated Brazilian TV host and actor Joaquim Lopes in 2017, but their romance ended after only a year.

According to authoritative sources, Ruby O. Fee’s net worth has been estimated to be over $500,000 as of mid- 2021, which she’s earned through her successful career as an actress, during which she’s appeared in more than 30 film and TV titles, all of which have added to her wealth.

Due to her rich ancestry, Ruby has lived on two continents and has become fluent in several languages, including Spanish, Portuguese, English, and German.

In addition to acting, Ruby is a model, and has done some campaigns on her Instagram page for such brands as Dior, Samsung, and others.

She is a rather active person and likes to maintain her form by working out in a gym several times a week, while she enjoys hiking and jogging as well.