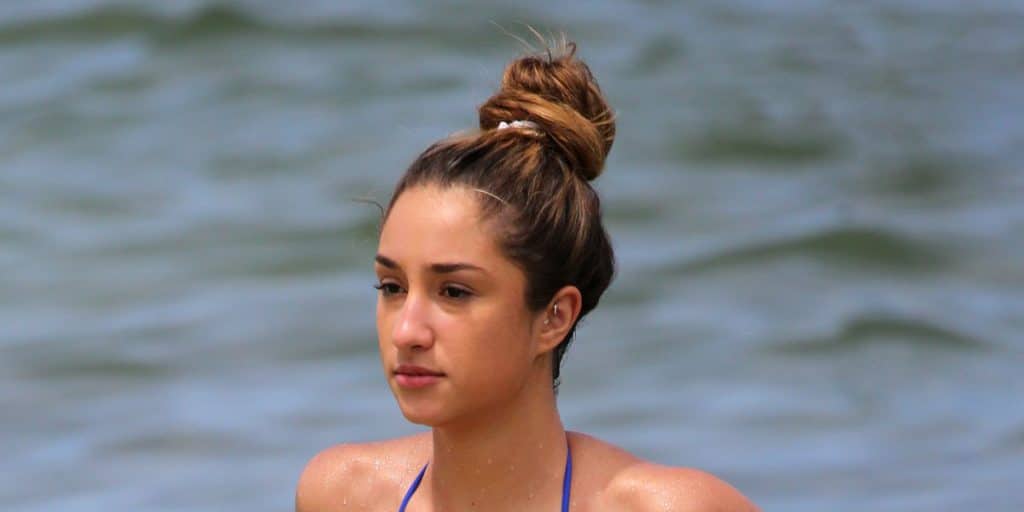 Savannah Montano was born in Boca Raton, Florida, USA, on 30 September 1996 – her zodiac sign is Libra, she’s of Hispanic ethnicity, and holds American nationality. She’s a social media star and an entrepreneur, who first garnered attention through Tumblr, and the now defunct video sharing platform Vine.

Savannah grew up in South Florida, alongside her younger brother Sebastian. Their father, Robert, is a medical doctor, while their mother, Elena is a dentist. They emigrated from Cuba and the Dominican Republic respectively in the late ‘80s.

Savannah attended the West Boca Raton Community High School, from which she matriculated in 2015, and four years later, she graduated from Florida State University, with a degree in media and communications.

Savannah started off her career as a fashion and lifestyle blogger on Tumblr, gaining popularity in the early 2010s. In the beginning, she often collaborated with her then boyfriend, Jared Yarnall, with whom she also had joint YouTube, Twitter and Facebook accounts, which were deleted after their breakup in 2013.

Savannah simultaneously joined Vine, onto which she posted short comedic videos, and ‘revined’ clips from other popular content creators, such as Derek Krahn. Her Vine account was followed by more than 400,000 people by the time the platform was discontinued in 2016.

Since then, Savannah has moved her focus onto Instagram and TikTok.

On the former her account ‘@savmontano’ is followed by more than 1.8 million people, while her posts have hundreds of thousands of likes. In her photos, she often poses in swimwear, showing off her slim figure. She’s collaborated with numerous brands and companies, such as Bumble, Madcoolfun and Teami Blends.

On TikTok, Savannah’s account is followed by almost 90,000 people, while her videos have amassed over 600,000 likes. Most of her videos are made in response to viral TikTok challenges, while she also sometimes posts more casual clips from her daily life.

Savannah launched her eponymous YouTube channel on 3 October 2015, posting her first video entitled “Our First Video – The Story of How We Met” a few days later, featuring her then boyfriend Jessey.

In the following two years, they continued collaborating on Savannah’s channel, before breaking up in 2018. She then switched her focus to making videos featuring her friends and family, and producing more vlogs.

The most popular video of Savannah’s is “I WAS WITH MY EX”, which has been viewed more than 3.7 million times since it was uploaded in November 2017. As of October 2021, her channel numbers almost 500,000 subscribers, with more than 25 million total views, however, she hasn’t posted a new video since 22 September 2020, and it’s unclear whether she has plans to become active again sometime in the future.

In 2014, Savannah launched her own clothing line called Disruptive Youth, with an accompanying e-commerce website. She is the creative director of the company, while her father serves officially as the CEO (Chief Executive Officer). Their warehouses are located in Delray Beach, Florida, also serving as the company’s headquarters.

Initially, they bought clothing items and accessories at wholesale rates, and used them to create completely new garments, but now the company is mostly focused on manufacturing and selling swimwear for women. Savannah is currently working on creating her own line of designer clothes.

From 2011 to 2013, Savannah was in a relationship with the social media star, Jared Yarnall.

The two often posted cute and intimate pictures of themselves on Tumblr, on which they had gained a large following. At the time, they were one of the Tumblr’s most beloved couples, nicknamed ‘Javannah’ by their fans.

Savannah then started dating the model and photographer, Jessey Stevens. Their love life seemed to be quite idyllic, before their apparent break-up in 2016, which surprised many of their fans and followers. They promptly deleted all pictures of each other from their social media, although they never publicly revealed the reason for their separation. In April 2017, the rumors of them dating again started circulating the Internet, which Savannah confirmed by sharing an intimate video of herself and Jessey filmed at the Coachella music festival.

They broke up again in September 2018, citing their differences as Jessey’s desire to move to New York City as the main reason for their separation, but have stayed on amicable terms since then.

The couple came into the media spotlight in late 2020, after the boxing and YouTube star, Jake Paul, accused Savannah of cheating on Dillon. He got ahold of her personal ‘phone number, and started video calling her, and then shared a screen recording of one of their calls online, with the caption ‘Aye @dillondanis come get your girl back’. In response to the controversy, Savannah took to Instagram, saying that she had no idea whose call she was answering.

Around the same time, rumors circulated the Internet that Dillon had a baby with another woman, while still dating Savannah. She and Dillon unfollowed each other on social media shortly after the whole situation escalated, practically confirming that they had broken up.

Savannah currently appears to be single, hasn’t been married or engaged, and doesn’t have children.

She has a French bulldog called Mr Winston, and even manages a separate Instagram account entirely dedicated to him, which numbers more than 7,000 followers.

Although she has to watch her diet to keep her figure, Savannah still considers herself a gourmand, and enjoys making food herself, with her favorite cuisine being Italian.

She loves watching romantic movies in her spare time, with some of her all-time favorites being “Dear John”, “The Bridges of Madison County”, and “The Diary of Bridget Jones”.