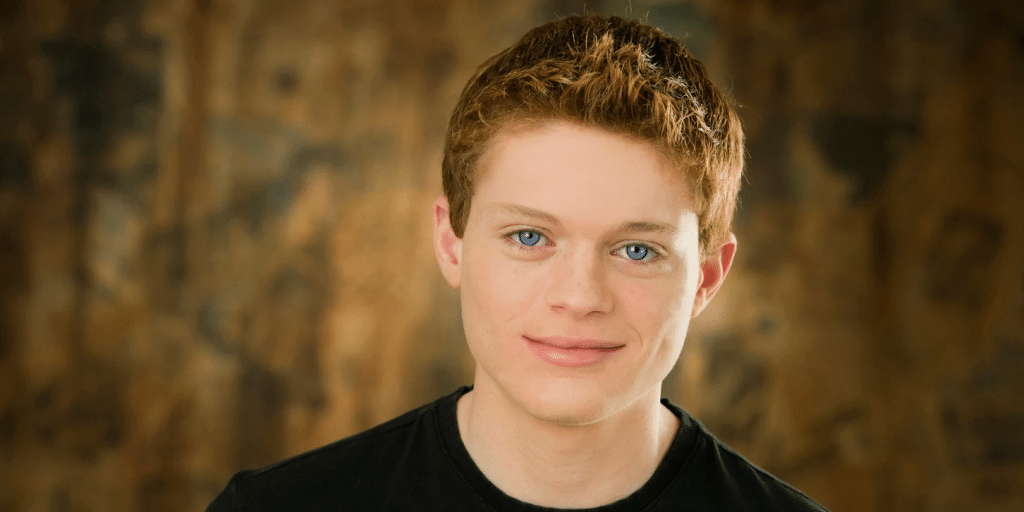 Who is Sean Berdy from Netflix’s The Society? Deaf, Girlfriend, Bio

Who is Sean Berdy?

Fans of the Netflix series “The Society” are well acquainted with the character Sam Eliot, but many of them are asking who the young actor portraying this character is. Sean Lance Berdy was born under the zodiac sign of Gemini on 3 June 1993, in Boca Raton, Florida USA; he holds American nationality and his ethnicity is Caucasian. He’s an actor, producer, and writer, perhaps known best for his roles in “The Society”, and “Switched at Birth”, which brought him a nomination for the Teen Choice Award TV: Breakout Star, in 2011.

Sean was raised in Boca Raton, alongside his brother Tyler, by their parents Scott and Terrie; the brothers were both born deaf, as are their parents. From an early age, the boys liked acting and performing, and used to perform for their family and friends, mostly comedy acts, and the laughs of their audience was a reason for Sean to pursue his acting career.

When he was 11 years old, he was diagnosed with bipolar disorder, which is a mood problem characterized by periods of depression.

His idol is Jim Carrey, and he is dreaming of an opportunity to act alongside him in a comedy movie.

Sean attended the Indiana School for the Deaf, where he learned American Sign Language (ASL) but he also speaks English; he matriculated in 2011.

The same year, Sean made his first appearance on television in the romantic family drama “Switched at Birth”, acting alongside Vanessa Marano, Katie Leclerc and Constance Marie. The series follows a story of two teen girls who discover that they were accidentally switched at birth – one of them was raised in a wealthy family, while the other grew up with a poor, single mother; the series was broadcast until 2017, and had 23 award nominations, winning eight.

Sean had a guest role in an episode of the series “Drunk History”, before he was cast to play Sam Eliot in the science-fiction mystery drama “The Society”, starring alongside Gideon Adlon and Kathryn Newton.

Sean’s character is one of the leading roles in the series, who struggles with the vanishing of his family and his first love – in the series he uses ASL and speaks English, which was a huge challenge for him.

In an interview for the Bustle, Sean said: ‘People, I think, don’t realize. They just say, wow … you’re signing and talking, it’s touching. But the fact is that doing both languages at the same time is extremely difficult. It’s like having two separate parts of your brain working at the same time.”

He got the nickname ‘signing ninja’ because of the speed with which he can sign in ASL.

Although Netflix meant to return this teen drama to the screen, sadly for the fans, it was canceled in 2020; this was Sean’s most recent role on television.

Sean had made his acting debut in the 2005 movie “The Sandlot 2”, portraying Sammy, alongside Samantha Burton, James Willson and Max Lloyd-Jones in this sports family comedy, written and directed by David Mickey Evans, followed in 2006 by his role as Young Trey in “The Bondage”.

In the 2008 family drama “The Legend of the Mountain Man”, Sean portrayed Nick, acting alongside his father Scott and his brother Tyler – the movie was made in American Sign Language for viewers of all ages. The same year, Sean was seen in “The Deaf Family”, a comedy drama also starring Megg Rose and Max Fomitchev.

It’s a story about a dysfunctional deaf family who suddenly realize that they have to accept their identities if they want to be accepted by people with hearing.

This was Sean’s most recent role on the big screen, but we surely hope that it isn’t the last one.

There were various rumors both concerning Sean’s love life and his sexual orientation, especially after he portrayed Sam Eliot, whose sexuality was gay in the series, but Sean hasn’t spoken about these assumptions.

According to sources, Sean was dating Mary Harman for a while, but when Mary in 2018 announced her engagement with another man, it was clear that they’d split.

In the following year, rumors were saying that Sean was dating Vanessa Marano, his colleague from “Switched on Birth”, however, neither Sean nor Vanessa confirmed dating rumors.

As of January 2022, it seems that Sean is single, he hasn’t been married or engaged, and doesn’t have children.

Besides acting, Sean has an interest in creating music videos in ASL – in 2011, he made a video with his brother Tayler, for Enrique Iglesias’ song “Hero”, which has been viewed over 1.5 million times on YouTube.

On his eponymous YouTube channel, you can see the two of them singing in ASL Michael Jackson’s song “The Way You Make Me Feel”, and some other interesting videos.

For the animated movie “Ice Age: Continental Drift”, Sean provided for deaf and hard of hearing children to enjoy this movie, by on-screen ASL dubbing.

Maybe it will be strange to understand, but Sean plays drums, once saying: ‘People ask me how do you play. Do you just feel the vibrations? You know, deaf people have a variety of ways that they can feel the rhythm. Obviously I feel the beat, but I use my hearing aids; hearing aids that I’ve worn since the day I was born, truthfully.’

Sean is a big inspiration for deaf teenagers around the world – his Instagram account has over 3,500 followers, and in the future he plans to make “The Sean Berdy Show”, which will feature his stand-up comedy, life stories, skits, and more music videos in ASL.

As of January 2022, his net worth has been estimated at $2 million.