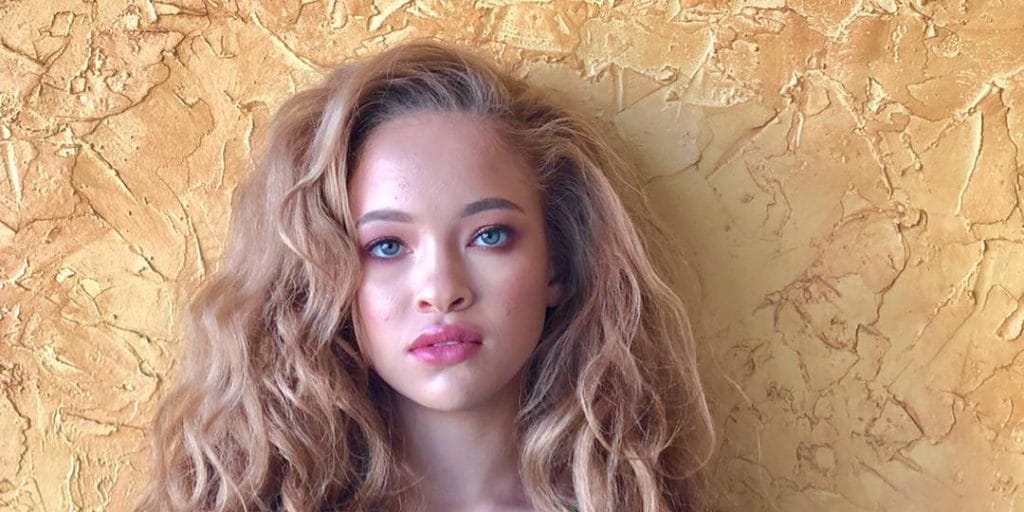 Who is Shelby Simmons? Age, Height, Parents, Net Worth, Wiki

Who is Shelby Simmons?

Born on 6th February 2002 in Richmond, Virginia, USA, Shelby Simmons is an actress of Caucasian and African-American descent, possibly best known for her work in Disney and Netflix productions, including “Stargirl” and “Prince of Peoria”. Standing at 5ft 2ins (1.58m) and weighing about 110lbs (50kgs) with unreported vital statistics, the attractive blonde has earned herself a loyal fanbase, despite being a relative newcomer in the industry.

Shelby fulfilled her childhood dream when she earned her first acting credit in 2017, appearing in an episode of “Game Shakers”, a family-friendly comedy show created by Dan Schneider which went on to be nominated for seven awards, including a Kid’s Choice USA Award in the Favorite TV Show (Kids) category.

In the same year, the blonde also played Courage in “The Bugaloos”. 2018 was a slightly busier year for the newbie actress, as she played Jacqueline in an episode of “School of Rock”, Natalie in three episodes of “Andi Mack”, and her first recurring role as Sydney in “Prince of Peoria”. Portraying one of the main characters in the third series, Shelby got plenty of screen time, as Sydney was a love interest as well as discovering the protagonist’s secret.

In 2019, Shelby played Joss Moss in an episode of “Henry Danger” and was also given the role of Hillary Kimble in “Stargirl”, a comedic coming-of-age movie based on the novel of the same name by Jerry Spinelli, and starring Grace VanderWaal and Graham Verchere.

In the same year, Shelby joined the cast of “Bunk’d”, in season four of thean enormously popular Disney series set in a summer camp in Maine. Her character, the loyal and fearless Ava King, has appeared in 52 episodes to date, and has become a fan favorite thanks to her relatability. Despite starting out as an antagonist with a reckless and stand-offish attitude, Ava later warmed up to the rest of the characters in Camp Kikiwaka, explaining that her attitude problems stemmed from never getting to spend time away from her complicated family.

Feeling overshadowed and ignored by her overachieving brothers, Ava made the life-changing decision to become a counsellor at Camp Kikiwaka, just to get away from the stifling home environment. Some of Ava’s hidden talents include singing and playing the guitar, although the complex character also suffers from severe performance anxiety. Of her character, Shelby previously said: “I love that Ava is [always] growing as a person. She’s trying her best in life. And that’s something kids and teens should know. It’s OK to try and mess up and be goofy”.

The star also encouraged viewers of the show to overcome their fears, adding that the most confident people are those who aren’t scared to try new things and make mistakes. 2020 saw the actress play Hannah Marcus in “Selfie Dad”, a PG-rated comedy starring Michael Jr., Chonda Pierce and James Denton. The movie sees Michael’s character, Ben Marcus, try to reinvent himself as a social media star, after his career as a stand-up comedian fizzles out. Later on, he and his family discover the Bible, leading to a radical lifestyle change for all involved. Despite much fanfare leading up to the movie’s premiere, “Selfie Dad” received disappointing reviews due to its plot holes and lack of believability in some scenes, with the kindest critics dubbing the production “pleasantly predictable”.

In 2020, Shelby’s “Bunk’d” character, Ava, also appeared in two episodes of “Raven’s Back”, a spin-off from “That’s So Raven”. The actress has no confirmed projects lined up for the time being.

Shelby is a self-confessed animal lover, who also enjoys hiking, playing the ukulele, and meditating in her free time. Painting is another of Shelby’s hobbies, although the Vancouver native has yet to show fans any of her works, and the actress’s unwavering Christian faith also makes up an important part of her identity, as she often quotes Bible scriptures or reads out passages on her social media accounts.

Although Disney stars are encouraged to keep their personal lives low-key, or at least as clean as possible, Shelby didn’t shy away from stoking up a storm with her rumored boyfriend Jace Norman, at the 2019 Kid’s Choice Awards. The couple, who briefly worked together on “Henry Danger”, became the talk of the evening when Jace rubbed Shelby’s hand before accepting his award for Favorite Male TV Star. After walking the orange carpet together, the pair raised even more eyebrows when Jace uploaded an adorable selfie of the two, and included a red heart in the caption.

Shelby also uploaded her favorite photos of the night, and publicly thanked Jace for inviting her as his plus-one, thus fanning the flames of online speculation. Although most fans of the “Henry Danger” heartthrob were supportive, others confessed to being disappointed, and Shelby was even accused of using the actor for publicity. In May 2019, Jace posted a sweet snap of himself enjoying what seemed to be a romantic date in Santa Monica, California with the “Prince of Peoria” starlet. With that said, the pair haven’t been spotted together since then, and it’s thought that their relationship was a short-lived affair. Jace, currently one of Disney’s favorite actors, has been in a number of romantic relationships since shooting to fame.

Despite working hard to keep details of his private life to himself, the young star’s eagle-eyed fans have played a part in making their idol’s love life public knowledge. In 2014, Jace was rumored to be dating his “Henry Danger” co-star Riele Downs thanks to their brilliant on-screen chemistry. However, over the years both parties have denied the speculation several times. Two years later, the actor embarked on a seven-month relationship with Isabela Merced, with the pair remaining friends after their split.

Shelby’s reported net worth is estimated at over $250,000, thanks largely to her recurring role as Ava King. To date, the starlet’s only revenue comes from acting.