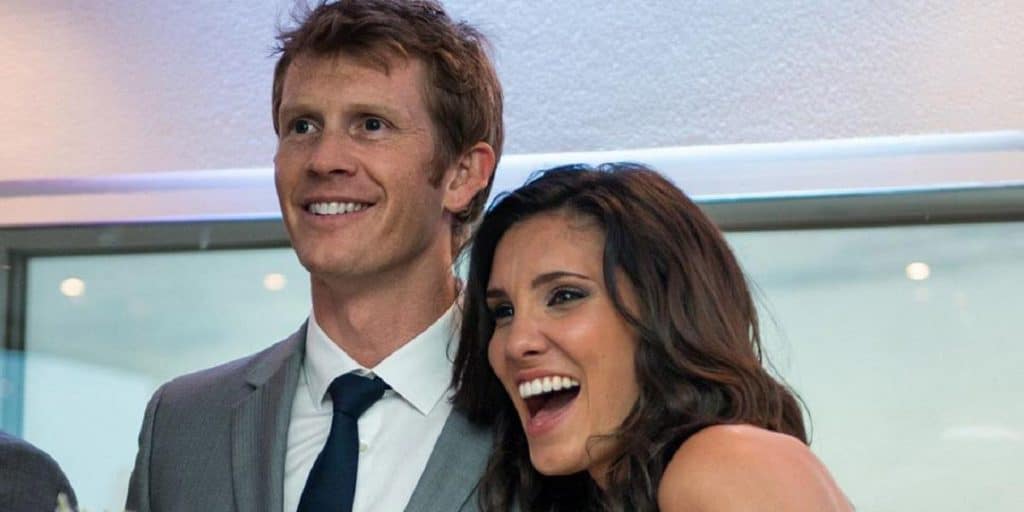 Who is David Paul Olsen?

David Paul Olsen is an American stuntman and actor, known to the world for his stunts in such films as “G-Force” (2009), “The Nun” (2018), and “Reminiscence” (2021), among others, and is also known as the husband of the famous American-Portuguese actress Daniela Ruah.

David Paul Olsen was born on 2 January 1976 under the Capricorn zodiac sign, in Moline, Illinois USA. He is the son of Jeanne and Paul Olsen, and has a younger brother Eric Christian Olsen, who is now an accomplished actor, probably best known to the world as Detective Marty Deeks in the TV action-crime series “NCIS: Los Angeles”.

Of part-Norwegian ancestry, David grew up in Bettendorf, Iowa, since his parents moved there when he was young. His educational background remains a mystery, but throughout his younger years he played football, basketball, and soccer, however, he was also into acting, and appeared in several plays while in high school. He joined a local theater where he honed his acting skills, and after high school matriculation didn’t pursue further education but instead focused on pursuing a professional career.

Unfortunately, David spent 12 years working odd jobs, supporting himself before he secured work as a stuntman. His debut was in the television thriller movie “Deceit” (2006), with Emmanuelle Chriqui in the lead role, while in 2007 he performed stunts in several episodes of the daytime drama series “The Young and the Restless”. The same year, he was the stunt double for Thad Luckinbill in the television movie “Protect and Serve”, and continued his career with work on such films as “Fired Up!”, “G-Force”, and “Double Duty”, all in 2009.

In 2011, David was chosen for stunts in the TV series “NCIS: Los Angeles”, and until 2021, he has featured in 71 episodes, which has certainly helped his career. In 2013 he provided stunts in the TV procedural crime-drama series “Bones”, while in 2016 he worked on the award-winning fantasy comedy-drama film “Swiss Army Man”, starring Paul Dano, Daniel Radcliffe and Mary Elizabeth Winstead. His performance in the film made him quite a star, and he’s continued on rather successfully since then.

In 2017 he worked on the TV series’ “Ozark” and “Ray Donovan”, among others, and from 2017 to 2019 he was a stunt double in seven episodes in the TV series “Santa Clarita Diet”. Furthermore, he was the stunt double for Alexander Skarsgaard in the TV series “Big Little Lies” (2017-2019), and in 2018 performed stunts in the television movie “The Last Sharknado: It’s About Time”.

He was the stunt double for Timothy Olyphant in the television movie “Deadwood: The Movie” in 2019, while in recent years he has performed stunts in the TV series “Star Trek: Picard” (2020), and in the film “Reminiscence” (2021).

Furthermore, David is currently working on the TV series “The Lincoln Lawyer”, which is now in post-production and scheduled for release in 2022.

When it comes to his personal life, David has been married to Daniela Ruah since 2014. The couple has been together since the early 2010s, and in December 2013 they welcomed a son River Isaac Ruah Olsen. Their second child, a daughter named Sierra Esther Ruah Olsen was born in September 2016.

As of mid- 2021, David Paul Olsen’s net worth has been estimated to be around $7 million, earned through his successful career as a stuntman, during which he has featured in over 60 film and TV titles, all of which have added to his wealth.

This prominent stuntman has long curly blonde hair and blue eyes. He stands at a height of 6ft 2ins (1.88m), while he weighs approximately 180lbs (82kgs). His vital statistics are unknown; though he certainly has a fit figure.

David is a gym freak and loves to spend almost every minute of his free time in the gym working out, usually five to six times a week.

He also follows a strict diet as fitness is highly important in his career.

He’s an avid traveler, and has been to almost every US state both for work and pleasure. Furthermore, he also loves to travel to the country of his forefathers and other Scandinavian countries.

He is a skateboarder and an excellent skier, and favors winter of all seasons, but he also enjoys swimming and scuba diving.

David is an animal lover and has two dogs as pets.

Born Daniela Sofia Korn Ruah on 2 December 1983 under the Sagittarius zodiac sign, in Boston, Massachusetts, of Jewish-Portuguese ancestry, she is the daughter of Moises Carlos Bentes Ruah and Katharina Lia Azancot Korn.

Daniele was born with a distinguishable birthmark in her right eye, known as nevus of Ota, which causes hyperpigmentation of the white of the eye. Daniela and her parents moved to Portugal when she was just five years old, where she went to St. Julian’s School. When she turned 18 years old, Daniela moved to England where she enrolled at London Metropolitan University, from which she graduated with a Bachelor of Arts in performing arts, then in 2007 she moved to New York, and studied acting at the Lee Strasberg Theatre and Film Institute.

Until she moved to the US, Daniela honed her skills in soap operas, and starred in the “Dei-te Quase Tudo” (2005-2006) as Rita, and as Daniela Pinto in the soap opera “Tu e Eu” (2006-2007). In 2009 she secured her most prominent role to date, as Kensi Blye in the TV series “NCIS: Los Angeles”, and has appeared in all 280 episodes of the Primetime Emmy Award-nominated series. The role of Kensi has turned her into a star; she hasn’t pursued many other acting projects, though she appeared in the short film “Excuse” in 2017, and in 2020 she was Maria Joao Mascarenhas in the TV mini-series “A Espia”.

According to sources, Daniela Ruah’s net worth has been estimated to be around $8 million, as of late- 2021, accumulated through her career as an actress, during which she’s appeared in more than 20 film and TV titles, all of which have added to her wealth.