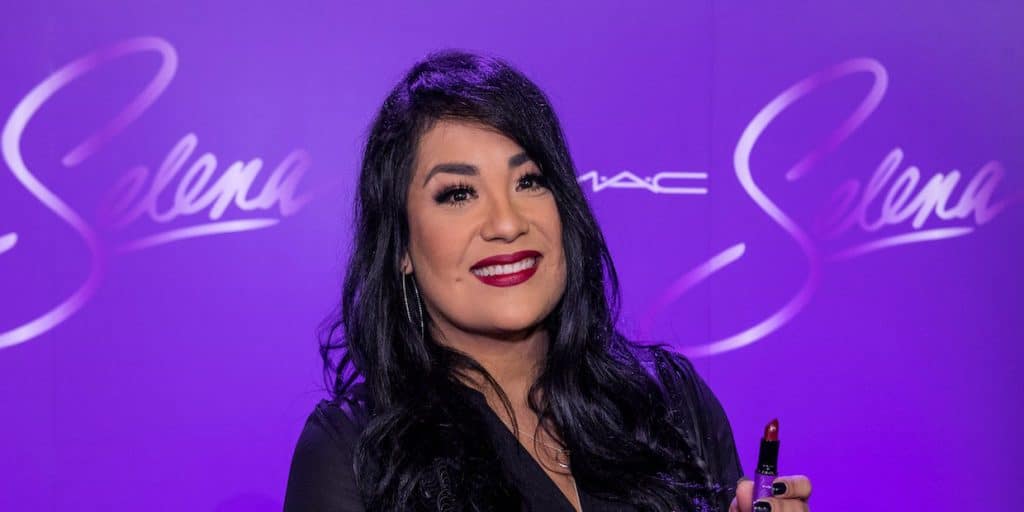 Who is Suzette Quintanilla married to? Husband, Net Worth, Wiki

Who is Suzette Quintanilla?

Suzette Quintanilla was born on 29 June 1967 under the zodiac sign of Cancer, in Lake Jackson, Texas USA. She is a 54-year-old musician, but probably best recognized for being the sister of the late singer Selena, known as the most celebrated singer of the 20th century and the Queen of Tejano music.

How rich is she, as of now? Suzette Quintanilla Net Worth

As of late 2021, Suzette Quintanilla’s net worth is estimated at over $10 million; acquired through her successful involvement in the music industry, and also increased through other business endeavors.

Suzette Quintanilla spent her early years in her hometown of Lake Jackson, where she was raised by her father, Abraham Quintanilla Jr., a well-known Mexican-American musician, and her mother, Marcella Ofelia Quintanilla (née Samora), a homemaker of Cherokee ancestry. Besides Selena, she also has a younger brother, Abraham Isaac Quintanilla III, who is also a musician better known professionally as A. B. Quintanilla. She holds American nationality and belongs to a mixed ethnic group; she was raised as a Jehovah’s Witness. Regarding her education, Suzette attended a local private school.

Rise to Fame as a Drummer

Suzette Quintanilla’s career began in 1981 after her father discovered her sister Selena’s talent for singing, and then formed a band called Selena y Los Dinos, placing Suzette to play the drums and her brother A.B. Quintanilla to play guitar. They initially performed at their family’s Tex-Mex restaurant, called Papa Gayo’s, then after the restaurant was closed, the band started performing on street corners, and at fairs, weddings, and other community events. In 1984, they recorded their debut full-length album entitled “Selena Y Los Dinos – Mis Primeras Grabaciones”, and two years later released two studio albums, “Alpha” and “Munequito De Trapo”.

Where is Suzette Quintanilla now?

Following the death of her sister Selena, Suzette Quintanilla left the music profession and focused on keeping her sister’s legacy alive. She now serves as the CEO and President of Q Productions, a Latin music production company established by her father in 1993. She’s also the manager at the Selena Museum in Corpus Christi, Texas. Moreover, she’s attended various events honoring her late sister, such as a 2017 ceremony on the Hollywood Walk of Fame when Selena received a star.

She has been involved in the organizations of several Selena tribute concerts, such as the 2005 Selena ¡VIVE! concert, during which their band reunited for the first time after her death. Most recently, Suzette served as an executive producer for the episode “Daydream” of the biographical drama streaming TV series “Selena: The Series”, released on Netflix in 2020.

Suzette Quintanilla has long dark brown hair and dark brown eyes. She stands at a height of 5ft 8ins (1.73m), while her weight is around 150lbs (68kgs). Information about her vital statistics, bra size, dress size, and shoe size is unavailable.

Suzette Quintanilla is a married woman – her husband is Bill Arriaga, a successful businessman by his profession. The couple exchanged their wedding vows at a ceremony held in 1993, and have a son named Jovan Arriaga.

Who was her sister Selena?

Selena Quintanilla-Pérez was born on 16 April 1971 under the zodiac sign of Aries, in Lake Jackson, and passed away on 31 March 1995 in Corpus Christi, Texas USA at the age of 23. She was the highest-grossing Latin artist during the 1990s, and became one of the most popular Tejano artists of all time.

She debuted on the music scene as a member of the band Selena y Los Dinos. After releasing numerous albums with the band, she signed a contract with EMI Latin Records, and started pursuing her career as a solo artist. Although she was criticized for performing Tejano music, she quickly gained enormous popularity after winning a Tejano Music Award for Female Vocalist of The Year, actually nine consecutive times in the late 1980s and the early 1990s.

Selena’s self-titled debut studio album was released in October 1989; her brother became her principal record producer and songwriter. The album achieved moderate success, and reached No. 7 on the US Billboard Regional Mexican Albums chart.

In September of the following year, she released her second studio album entitled “Ven Conmigo”, which spawned the hit single “Baila Esta Cumbia”, one of her most successful singles. Her third album “Entre A Mi Mundo” out came in May 1992, and was a huge commercial success as the best-selling Regional Mexican Album of 1993, and became her mainstream breakthrough. It also won a Tejano Music Award for Album of the Year — Orchestra and topped the US Billboard Regional Mexican Albums chart.

It was followed by her album “Selena Live!” (1993), which earned her the Grammy Award in the category of Best Mexican/American Album. In the next year, she released her fourth studio album entitled “Amor Prohibido”, which topped both Billboard’s Top Latin Albums chart and Billboard’s Regional Mexican Albums chart.

It achieved critical acclaim and is considered her best work. The album was certified double Diamond by the Recording Industry Association of America (RIAA), and the title track became the most successful US Latin single of the year.

On 31 March 1995, Selena was shot and killed by her close friend and former manager of her boutiques Yolanda Saldívar; she was convicted of murder and sentenced to life in prison with the possibility of parole in thirty years. After two weeks, George W. Bush declared 16 April as Selena Day in Texas. Her posthumous album entitled “Dreaming Of You” was released in July 1995, and debuted atop the US Billboard 200 chart, and won a Tejano Music Award for Album of the Year.