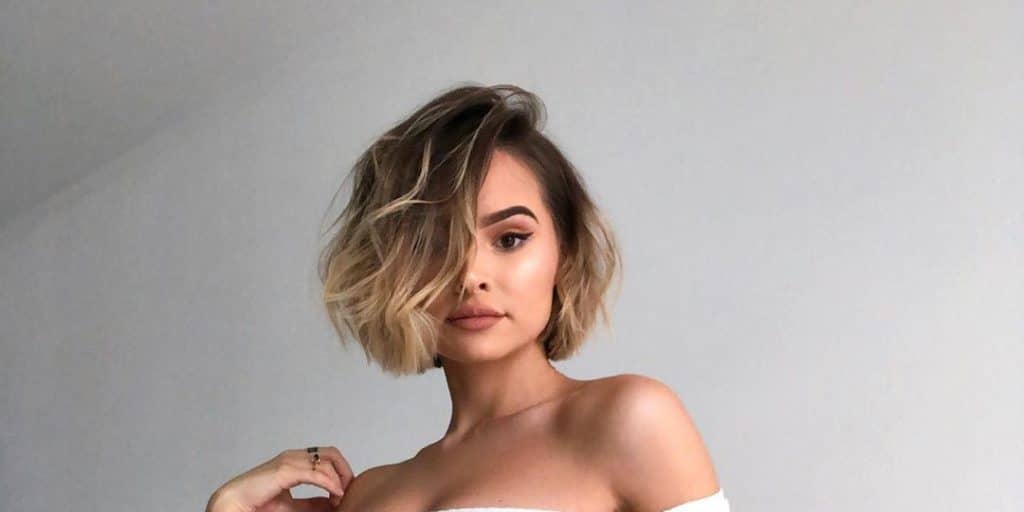 Who is Talia Mar? Age, Height, Boyfriend, Net Worth, Biography

Who is Talia Mar?

Talia Mar is a British singer-songwriter, social media star, and actress as well, who achieved stardom by uploading videos in which she covers various popular songs, but also shares make-up tips and tricks with her fans, and also covers her life.

Born as Natalia Margaret Haddock on 6 November 1996 under the Scorpio zodiac sign, in London, England, of English and Italian ancestry, she was raised in London alongside her sister Angele Sofia. Talia has been interested in music since her early years, as her father sang her lullabies when she was just six years old, and she would sing back.

He got her a karaoke microphone and she would sing Madonna’s hit “Like a Virgin” all the time, and did everything she could to maintain alive that interest in music.

She attended a local high school that didn’t quite nurture her artistic side, but as she was sneaking out on classes to write songs, she eventually got into The Brit School, where she studied music. She is rather grateful for the experience as she learned production, recording, and even relevant laws.

As she got older Talia became more interested in music, and decided to present herself to the world.

With YouTube as her media outlet, she started uploading videos of herself singing various songs by popular musicians. However, since obtaining world fame, she has deleted all her older videos on the topic of music, and her oldest video now is “August Favorites”, uploaded in 2016. She has kept her videos on make-up and life, but also shared her official debut single “Stolen”, released four years ago, and which now has more than 280,000 views. She continued to make new videos, slowly increasing her online popularity.

Talia was heading to the stars with her debut EP “Tough Decisions”, which came out on 30 June 2017.

She again made covers on YouTube, including the female version of the song “Attention” by Charlie Puth, and also sang Camila Cabello’s hit “Havana”. The number of her subscribers has been increasing at a rapid pace and she now has more than 920,000 subscribers, while her videos have been viewed more than 90 million times. Some of her most popular are “Non-Singer Tries Singing A Cover!”, which features her long-time friend Freya Nightingale and has around four million views, then “Testing Our Relationship”, which she made with her then-boyfriend, YouTube star Miniminter, which has also been viewed around four million times, and the music video for her song “Better” with around 3.3 million views, in addition to many other videos that have only increased her popularity.

She has continued to make new videos and music as well to the present day, and most recently has announced that she has signed with RCA Records.

Talia has another YouTube channel, dedicated to video games that she plays with her boyfriend. She uploaded the first video – “The Gaming Channel Begins” – in November 2018, and since then has amassed more than 230,000 subscribers and over 18.5 million views on her channel. She has played such games as “Crab Game”, “Dead By Daylight”, “Valorant”, “Overwatch” and many others.

She has used Twitch to talk with her fans, but also to show her gaming skills. Since launching the channel in 2017, she’s amassed more than 600,000 followers and a number of subscribers who pay a certain fee for extra content. She has streamed various video games, and with several YouTube stars, including KSI and her boyfriend.

When it comes to her personal life, at first Talia was rather secretive about juicy details from her romantic life, However, as her popularity grew, she started revealing details about herself. In 2017, she started a romantic relationship with YouTuber Simon Minter, better known under his online pseudonym Miniminter. According to reports the two have become engaged, but they haven’t confirmed nor denied this rumor.

As of late 2021, Talia Mar’s net worth has been estimated to be around $1.5 million, earned through her successful career as a musician and online content creator.

The prominent singer has light brown hair, though she often dyes it various colors, including blue, blonde and pink among others, while she has brown eyes. She stands at a height of 5ft 2ins (1.58m), weighs about 112lbs (51kgs), with vital statistics of 34-26-36, bra size 33C. She is a huge tattoo fan, has several on her body, and has shown some to her fans in a YouTube video

One of her main hobbies is make-up, and she’s been giving advice to her fans since she entered puberty; she likes experimenting with various make-up looks.

In addition to singing, Talia is also a skilled guitar player, and when performing her songs in an acoustic version, plays the guitar herself.

Talia is rather concerned about her overall look, and has done all to maintain a perfect figure. She works out a few times a week, and follows a rather strict diet which doesn’t include sugar or fast food, and is rather based on vegetables and proteins.