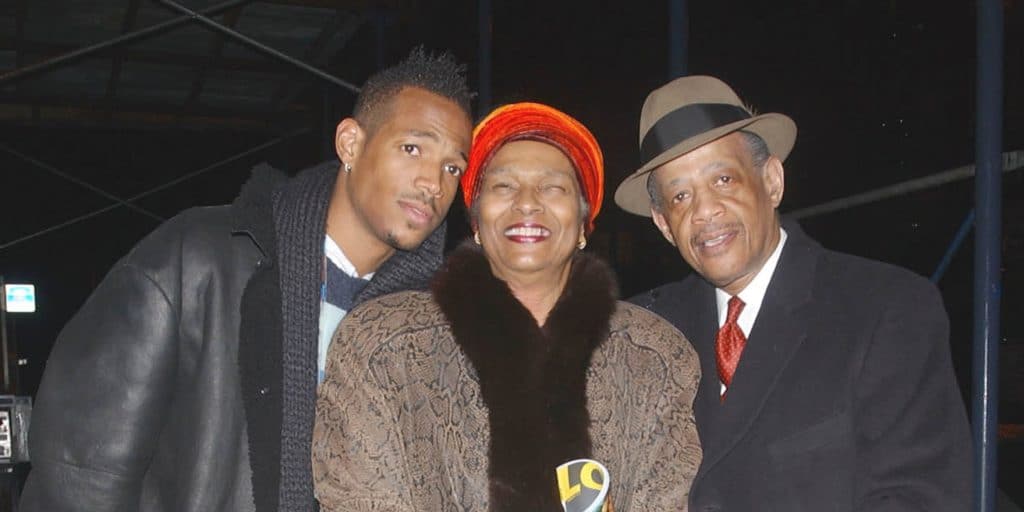 Who is the father of the Wayans family – Howell Wayans? Net Worth

Who is Howell Wayans?

Howell Stouten Wayans was born on 26 August 1936 under the zodiac sign of Virgo, in the United States. He is an 85-year-old former supermarket manager, but probably best recognized for being the patriarch of the Wayans family, a well-known American show-business family.

How rich is he, as of now? Howell Wayans Net Worth

As of early 2022, Howell Wayans’ net worth is estimated at a modest $2 million, earned through his successful involvement in various business ventures. Moreover, it’s assumed that he also enjoys the wealth of his famous children.

Little is known about the early life and childhood times of Howell Wayans, including the actual place of his birth.

Nonetheless, it’s known that was raised somewhere in the United States and that the names of his parents were Paul Otto Wayans and Lillian Victoria Howell. He holds American nationality and belongs to African American ethnic group. He is a devout Jehovah’s Witness. Speaking about his career, Howell spent his entire career working in supermarkets, eventually as a manager.

Howell Wayans was married to the late homemaker and social worker Elvira Alethia (née Green), who passed away in 2020. They resided in Chelsea, New York City when they welcomed their first child.

They eventually had ten children, five sons named Dwayne, Keenen Ivory, Damon, Shawn and Marlon Wayans, and five daughters named Diedre, Kim, Elvira, Nadia and Devonne Wayans. The elder Wayans gained popularity in the late 1980s, when most of their children ventured into the world of entertainment, pursuing their careers as actors and actresses, comedians, and screenwriters.

The eldest of the Wayans family is Dwayne, who worked as a production assistant. He also landed several minor roles in the comedy sketch shows of his brothers Keenen Ivory Wayans’s “In Living Color”, and Damon Wayans’ “My Wife And Kids”.

Keenan Ivory Wayans was the first one who became involved in show business. He built an empire for his siblings, and grossed over $1 billion at the box office. His big break came in 1987, when he co-wrote the satirical comedy film “Hollywood Shuffle”, which was followed next year by his cult comedy film “I’m Gonna Git You Sucka”. He came to prominence after creating, writing, and starring in his own comedy sketch show “In Living Color”, which aired on Fox from 1990 to 1994.

The series was both a critical and commercial success, winning a Primetime Emmy Award in the category of Outstanding Variety, Music or Comedy Series in 1990. Thereafter, he hosted his own talk show entitled “The Keenen Ivory Wayans Show” from 1997 to 1998, broadcast in syndication. His next major project came in 2000, when he directed the parody film “Scary Movie”, which grossed more than $270 million worldwide, becoming one of the highest-grossing films directed by an African-American. The following year, he directed the sequel “Scary Movie 2”, then also the 2004 comedy film “White Chicks”, starring his brothers Shawn and Marlon. Most recently, in 2020 he wrote and produced the TBS comedy series “The Last O.G.”.

Damon Wayans is a famous stand-up comedian, actor and writer, who rose to popularity during the 1980s, when he performed as a comedian and actor. He even spent a year as a cast member of the famous late-night live NBC comedy sketch and variety show “Saturday Night Live” (SNL) (1985-1986). His first major appearance came when he featured in his brother’s “In Living Color” from 1990 to 1992, and for his work on the show received four Primetime Emmy Award nominations, including two for Outstanding Writing in a Variety or Music Program. Afterwards, he created, and worked as an executive producer on the animated series “Waynehead”, which was broadcast on the Kids’ WB block from 1996 to 1997.

It was followed by his own TV sitcom “Damon” (1998) that lasted for a season on Fox. He subsequently created and starred in the highly popular ABC sitcom “My Wife And Kids”, which was aired from 2001 to 2005. The next year, he directed, produced and starred in the Showtime comedy sketch series “The Underground”, alongside his son Damon Wayans, Jr. Lately, he landed the role of Roger Murtaugh in the Fox buddy cop action comedy-drama series “Lethal Weapon” (2016-2019).

Howell’s most popular daughter is Kim Wayans, a professional actress, and an author of children’s books. Her breakthrough came when she was chosen to portray Allison in the first season of the NBC sitcom “A Different World”, during 1987 and ‘88.

She then shared the screen with her brothers in Keenen’s “In Living Color” (1990-1994), in which she played various characters, and lent her voice to Mom in Damon’s “Waynehead” (1996-1997). Concurrently, Kim was cast as Tonia Harris in the TV sitcom “In The House”, which aired on NBC, UPN and in first-run syndication from 1995 to 1998. She then served as a story editor and producer for Damon’s sitcom “My Wife And Kids”, after which she co-authored a series of children’s books along with her husband Kevin Knotts, entitled “Amy Hodgepodge”. In 2011, she was praised for her portrayal of Audrey in the drama film “Pariah”. Her most recent major role was in the CBS legal drama series “Reckless” (2014), in which she had the part of Vi Briggs.

Shawn Wayans also launched his on-screen career with his appearances in “In Living Color”, while he became known after co-writing and co-starring with his brother Marlon in The WB’s sitcom “The Wayans Bros.”, which lasted for five seasons from 1995 to 1999. They also shared the screen in Keenes’ “Scary Movie” and “Scary Movie 2”. In 2004, the two won a BET Comedy Award for Outstanding Writing for a Box Office Movie for their work on “White Chicks”, in which they starred as brothers Kevin and Marcus Copeland respectively. The two continued to work together with Keenen, on both the crime comedy film “Little Man” (2006), and the musical comedy film “Dance Flick” (2009), but since when Shawn has been inactive.

The youngest child of Howell, Marlon Wayans got his start like the rest of his siblings in “In Living Color”, starring from 1992 to 1994, after which he mostly worked with his brother Shawn on already mentioned projects. In addition, he featured as Tyrone C. Love in the critically acclaimed psychological drama film “Requiem For A Dream” (2000), directed by Darren Aronofsky. Thereafter, he starred in such box office hits as the 2007 comedy film “Norbit”, playing Buster, and the 2009 military sci-fi action film “G.I. Joe: The Rise Of Cobra”, featuring as Ripcord. It was followed by his portrayal of Malcolm in the horror-comedy film “A Haunted House” (2013) and its sequel “A Haunted House” (2014). During the same year, he created his own comedy competition reality show, entitled “Funnies Wins”, broadcast on TBS. From 2017 to 2018, he created and starred in his own NBC sitcom “Marlon”.

Recently, he shared the screen with Jennifer Hudson in the 2021 biographical musical drama film “Respect”, about the legendary singer Aretha Franklin.