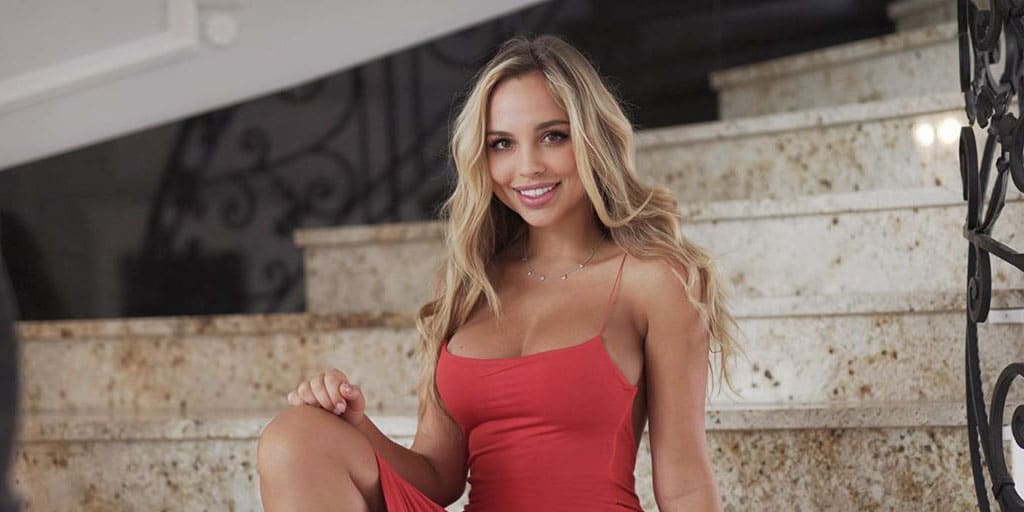 Who is Veronica Bielik? Age, Measurements, Boyfriend, Net Worth

Weronika ‘Veronica’ Bielik was born in Lower Silesian Voivodeship, Poland, on 18 September 1993 – her zodiac sign is Virgo, and she holds Polish nationality. She’s a model and a social media star, known for being one of the most followed Polish people on Instagram, second only to the soccer player Robert Lewandowski.

Veronica grew up in Warsaw, alongside her four sisters and two brothers. Their mother is a nurse, while their father works as a defense attorney, which inspired Veronica to attend law school.

As a teenager, she was overweight and struggled with body image issues, so wore oversized clothing to hide her body.

When she turned 19, she decided to turn her life around and start exercising, which helped her lose weight and become more confident.

Despite becoming a model at 21, Veronica didn’t neglect her education, and graduated in 2017 from the University of Warsaw, with a Master’s degree in Law.

Veronica launched her Instagram account ‘@veronicabielk’ in 2014. She started posting provocative pictures showing her slim hourglass figure, which helped her attract a following in her home country. After graduating university, she focused more on her Instagram content. and her popularity on the platform grew, launching the young model to international stardom.

She has since collaborated with brands such as Fashion Nova, Yoins and Bang Energy, and became a brand ambassador for Monster energy drinks. As of September 2021, her Instagram account numbers more than 3.2 million followers, with her photos often amassing over 100,000 likes.

Aside from Instagram, Veronica has also posed for fashion and lifestyle magazines, such as “Women’s Health”, “Elle” and “Vogue Polska”.

In 2018, Veronica had a small role in the Polish action crime drama film “Kobiety Mafii” (“Women of Mafia”), directed by Petryk Vega, and which follows a former police officer who infiltrates a criminal organization run by women.

In 2019, Veronica co-founded the Warsaw based Spotlight Agency, which represents some of the top Polish influencers, including Natalia Karczmarczyk and Magdalena Karwacka. The agency has since partnered with companies such as Coca Cola, Haribo and Reebok, promoting their products in Poland. They have also organized seminars dedicated to online branding, and an influencer award show.

Veronica has recently admitted that Instagram modeling is only a temporary career for her, and hopes that she can switch to being a full-time business owner in the future. She has already invested in several start-ups, and owns real estate.

Veronica manages her Facebook page, which numbers more than 4,700 followers, onto which she uploads a lot of swimsuit pictures, in a similar manner to her Instagram account.

Veronica is a very private person, and prefers not to talk about her love life on social media, thus not a lot is known about whom she might be dating. However, due to her fame, she finds it difficult to completely hide her private life from the public.

She has recently revealed that she married an older man when she was just 19 years old, but the two separated after four years, and don’t have children together. Veronica hasn’t disclosed the real reason for their divorce, but has insinuated that her ex-husband had been cheating on her.

In 2019, she was spotted kissing and spending time with a mysterious man in a pub in Warsaw. Since then, they have been seen together several times, but their relationship status remains a secret.

In recent years, Veronica has been followed by rumors implying that she has been in relationships with older men in exchange for money. Although she’s admitted to being bombarded with such offers almost every day, Veronica was quick to deflect the rumors, saying on her Instagram ‘The only sponsors I have are the companies I work with. (…) When I travel privately, I pay for myself’.

Some of her fans have also speculated that the person taking her photos is actually her boyfriend, but she has said that’s not the case, and that most of her photos are taken by her friend Nikol.

Veronica currently appears to be single, has been married once, but doesn’t have children.

Veronica is a very active person, and follows a strict diet and exercise plan to maintain her slim figure. She goes to the gym at least five times per week, working with her personal trainer, while she also participles in dance classes.

She loves travelling, and has visited many countries around the world. She visited Tokyo, Japan in 2019, which she lists as one of her favorite travel locations.  In the summer of 2021, she shared pictures of her travels across Italy, France and Greece on her Instagram account.

A few people know that Veronica played the piano for more than 10 years – she’s said that she’s worried that her skills might not be as sharp as before, since she hasn’t touched the piano in a while.

Her favorite drink is matcha tea.

As Veronica rose to fame, many of her followers started wondering if her looks are completely natural. She has been followed by rumors that she’s undergone numerous cosmetic procedures, and was accused of altering her photos. She has since revealed that she did undergo breast augmentation surgery, while denying that she had any other cosmetic work done, especially on her face. She has also said that she regrets her decision to undergo the procedure, and is planning to get her breast implants removed. It appears that all this hasn’t put an end to the rumors, and Veronica still gets criticized in her home country for promoting unrealistic beauty standards.