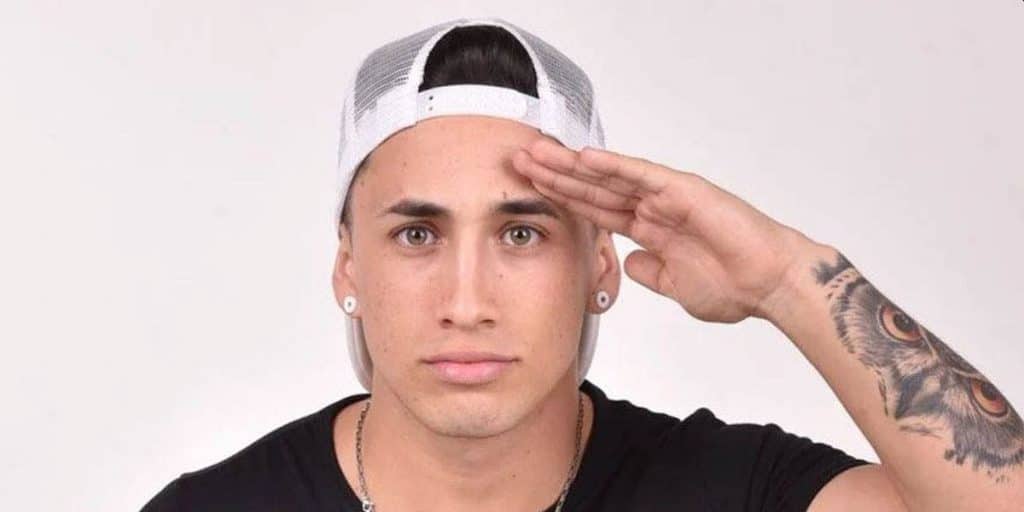 Who is Yao Cabrera? Age, Height, Girlfriend, Net Worth, Biography

Yao Cabrera was born in Montevideo, Uruguay, on 18 February 1997 – his zodiac sign is Aquarius, and he holds Uruguayan nationality. He’s a musician, social media star and a YouTuber, who’s perhaps known best for his eponymous YouTube channel, which he launched on 29 November 2012. It’s today subscribed to by nearly nine million people, and numbers over 5.4 million views of all his videos combined; Yao is mostly focused on uploading comedy content, and his videos usually feature him pulling pranks on his friends, and doing challenges.

Yao was raised in Uruguay by his parents, who divorced not long after he was born; he hasn’t spoken of having any siblings, and is thus believed to be an only child.

He grew up in relative poverty, however, his father and grandfather eventually saved enough money to buy a piece of land; they lived in a tent for a month before their house was built.

Yao grew up being interested in soccer, and played for his elementary school’s team, and later his high school’s team. He cheered for the soccer team Mo ntevideo Wanderers, and watched many of their matches live. Things started to change when Yao became active on the internet, as he would do whatever it takes to amass followers and subscribers; he’d often lie and do stupid things, which eventually pushed all his friends away.

Upon matriculating in 2015, Yao chose to focus entirely on his career on the internet, and didn’t enroll at college.

Yao’s mostly known for his sense of humor, however, even though he is followed by so many people, he’s also hated by many, because of numerous lies he’s told in his videos, and numerous clickbait videos which he’s uploaded. We are going to mention three of his most popular videos, which helped him gain subscribers.

His second most popular video “LA NUEVA ERA DE YAO C – TRAILER OFICIAL” has been viewed over 660,000 times since 28 March 2020, and features Yao and his friends as they’re promoting the new online group ‘Wifi’.

Yao has deleted the huge majority of his videos from YouTube, only leaving 19 uploaded onto his channel.

On 22 May 2014, Yao and his friends launched their collaborative YouTube channel “Dos Bros”, which has since been renamed to “VIRAL”, and is being run by Yao and Fabri Lemus.

The channel’s today subscribed to by close to 5.5 million people, and numbers over 1.3 billion views of all their videos combined. They are mostly focused on uploading comedy content, and we’re going to mention the channel’s most popular videos, which have helped it become as popular as it is today.

Its #1 video “DIGITAL REVOLUTION (Official Video) – VIRAL” has been watched close to 40 million times since 11 November 2017, and features the group singing their original song.

The channel’s third most popular video “NO NOS VAMOS NADA | Video Oficial – VIRAL” has been viewed over 17 million times since 19 August 2018, and features the group singing their original song “No Nos Vamos Nada”.

Yao is an Instagram star, having amassed more than 53 million followers on the network, although uploading only 15 pictures, most of which have been taken during his everyday life.

Yao’s also active on TikTok, and is today followed by more than 3.6 million people, while he’s amassed over 33 million likes of all his videos combined.

In August 2016, Yao was accused of being a pedophile, and pictures of him chatting with 14 and 15-year-old girls were uploaded onto the internet, followed by a leaked pornographic video.

In November 2016, Yao uploaded a YouTube video which featured a drug dealer stabbing him in the stomach; it was later revealed that the entire video was staged.

In 2017, Yao groped an unconscious fan, and then kissed several of his 12-year-old fans; in December of the same year, he was beaten by several haters at a park close to his home.

On 2 December 2020, Yao and 32 other people were arrested for throwing a party, which wasn’t allowed because of restrictions following the coronavirus outbreak.

Since 2018, Yao has been in a relationship with Candela Diaz, an Argentinian model and social media star; the two met not long after Yao moved to Argentina.

Candela’s quite active on the internet, and is followed by more than two million people on Instagram, while she’s uploaded over 150 pictures; most of which have her breasts and buttocks in focus. She’s also a singer, and her YouTube channel “Candy” is filled with her cover songs – she launched the channel on 30 January 2014, and it’s today subscribed to by more than 1.6 million people, and numbers over 28 million views of all her videos combined.

The two moved in together in 2019, and have collaborated on numerous YouTube videos, while they can also be seen featured in each other’s Instagram pictures.

There are rumors circulating the internet claiming that Yao and Candela are planning to marry, but so far unconfirmed.

As of September 2021, Yao’s dating Candela Diaz, hasn’t married, and doesn’t have children.

Yao’s physically highly active, and has five to six training sessions at the gym every week, thus his muscular body; he likes to show it off, and has uploaded numerous pictures featuring him shirtless onto his Instagram account.

He’s into travelling, and has been to several South American countries, including Brazil and Peru, and also to a couple of US states, as well as several European countries; Yao’s dream travel destination is Los Angeles in California.

He’s still a huge fan of soccer, and occasionally plays it with his friends. A couple of other sports he likes to play and watch on TV, are basketball, tennis and ice hockey.

Late at night, Yao likes to watch Hollywood movies starring his favorite actor and actress, Al Pacino and Angelina Jolie – a couple of his favorite films are “Scent of a Woman”, the trilogy “The Godfather” and “Wanted”.