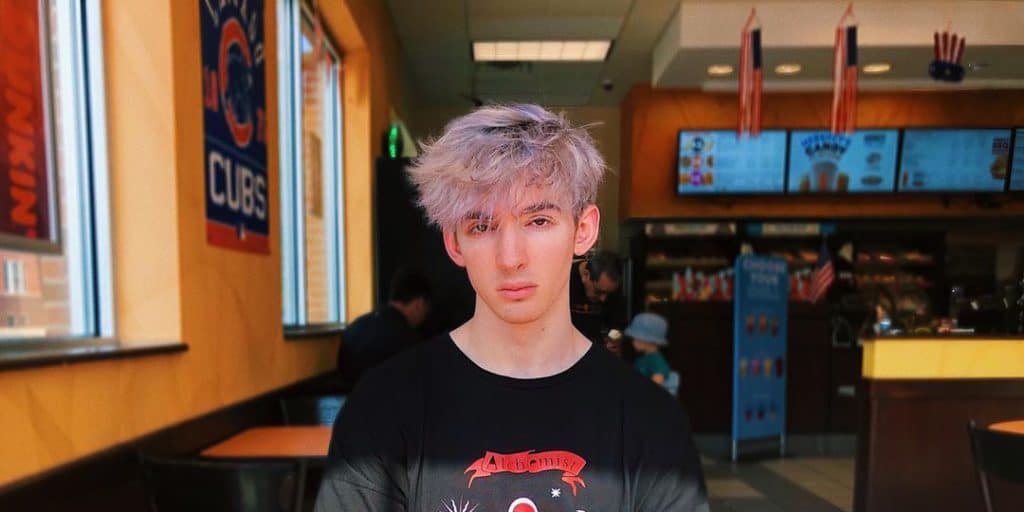 Who is YouTuber AlbertsStuff? Real Name, Age, Net Worth, Wiki

How rich is he, as of now? AlbertsStuff Net Worth

As of late-2021, AlbertsStuff’s net worth is estimated at over $1 million, earned through his successful Internet-based career, which includes video monetization, donations, and creating sponsored posts and videos for various companies.

He’s also increased his wealth through the sales of his line of merchandise.

Albert spent his early years somewhere in New Jersey, where he was raised by his father, Ronald Aretz, and his mother, whose name remains a mystery. Moreover, the professions of his parents are also unknown. He has three sisters and a brother; one of his sisters is named Mary.

He holds American nationality, belongs to White Caucasian ethnic group, and is a Christian. Albert hasn’t shared any details regarding his education.

Albert started playing the popular sandbox video game “Roblox” back in March 2008, when he established his first account under the username ‘Crimson0’. Once he gained popularity in the “Roblox” community, he came up with the idea to film gameplay videos for YouTube, so he launched a channel called ‘Alberts’ on 29 July.

Two years later, Albert became fascinated with skateboarding in the game, after which he created another channel dedicated to that, under the name ‘RobloxSkateMagazine’.

On 20 July 2012, Albert launched his official YouTube channel under the name ‘AlbertsStuff’ which is still active.

He uploaded his first video entitled “ROBLOX – SCARIEST MOMENT EVER IN APOCALYPSE RISING” in October 2014, and continued posting the gameplay videos of “Apocalypse Rising”, which gained him enormous popularity, so he eventually started doing livestreams and unique roleplay videos; his first video which went viral was “ONLINE DATING in ROBLOX”. He later expanded his content, and added trolling videos due to which his channel got two community guideline strikes.

Afterwards, he decided to privatise or delete all of the videos except the first one, so he currently has one million times in total on the channel with more than 1.3 million subscribers; previously he’d accumulated around 10 billion views.

After most of his videos on the ‘AlbertsStuff’ channel was demonetized due to non-kid friendly material, Albert created another channel called ‘Flamingo’ on 6 July 2017.

It became his main channel on which he started uploading videos almost every day, including collaborations with such YouTubers as FoxKirsten, Temprist, Javingee, Speedy2662, and Kaden, among many others. The channel quickly became one of the highest-grossing Roblox channels, with close to 10 million subscribers, and his videos have been viewed over 7.4 billion times in total so far. Some of the most popular are “This Roblox game ACTUALLY added VOICE CHAT”, “Using Roblox ADMIN to terrify people at night…”, and “I used ROBLOX ADMIN to MAKE LAVA RISE…”, to name a few.

In addition to his career on YouTube, Albert has expanded his influence across other social media platforms, which he uses to promote his videos and other projects. He also runs his official Instagram account with nearly 960,000 subscribers, as well as his official Twitter account with more than one million followers, both under the same nickname ‘AlbertsStuff’.

He’s also active on the highly popular TikTok app, on which he goes by the username ‘flamingowastaken’, and has more than 1.8 million subscribers with over 5.5 million likes. Recently, he launched a line of merchandise called Flim Flam, that includes such items as hoodies, T-shirts, sweatpants, hats, shorts, socks, and other items.

Albert has short dark brown hair and dark brown eyes. He stands at a height of 5ft 11ins (1.80m), while his weight is around 200lbs (90kgs). Information about his vital statistics, biceps size, and shoe size isn’t available.

Albert was romantically involved with Lana, best known for running her YouTube channel ‘LanasStuff’. Following their split, he went on to date Kristen, who is also a social media star, and they live together in Florida. Both of them are an animal lover, and have two pet dogs named Peach and Bedrock.

He is gluten intolerant.

His favorite video game is “The Legend Of Zelda: Majora’s Mask”.

His favorite music artists are Clairo, Tyler, The Doors, My Chemical Romance, and The Beatles.