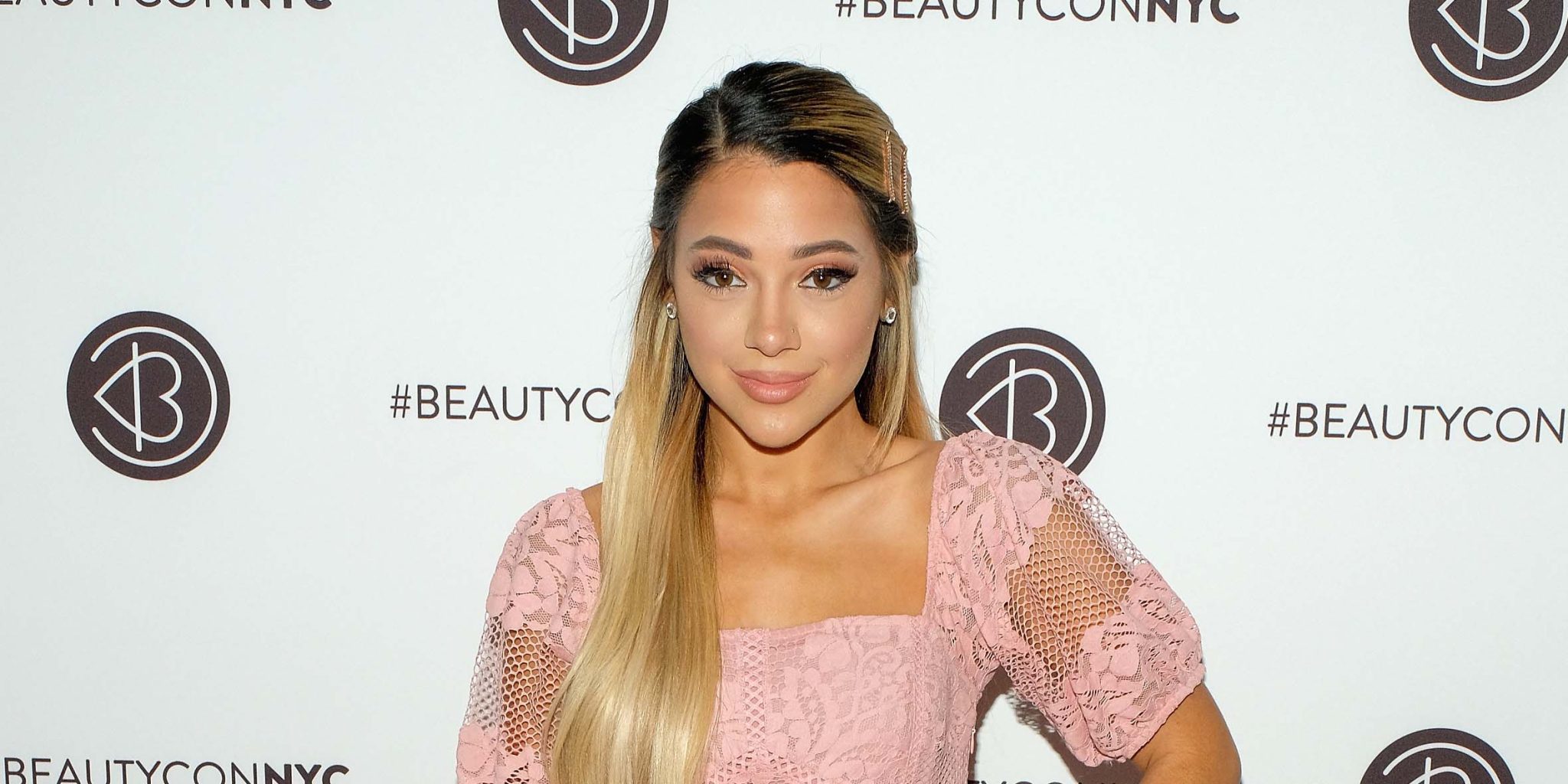 Gabi DeMartino is a renowned American YouTuber, actress, singer and screenwriter, famous for her YouTube channel entitled Fancy Vlogs By Gab, which covers fashion and beauty content, which she runs with her twin sister; she’s also widely recognized for being in Niki & Gabi American duo.

Gabriella Nelida ‘Gabi’ DeMartino was born with twin sister Niki under the Taurus zodiac sign on 5 May 1995,  in Bethlehem, Pennsylvania, which makes her 26 years old as of 2021, to Jeff and Nelly Garcia-DeMartino, who are of Cuban and Italian descent, and was raised also with her elder sister, YouTuber and actress Alex (or Alessandra), and YouTuber, actor, singer-songwriter, Anthony DeMartino.

Gabi attended a local elementary school before she joined Notre Dame High in Sherman Oaks,  together with her twin sister; she matriculated to Center Valley-situated DeSales University in 2013, and took musical theatre, graduating with a BA degree in 2018  before she majored in communications.

Gabi enjoys spending her free time together with her sister, shopping and going on vacations.

She is a fashion fanatic, and has a great taste for trendy dresses.

Gabi started her YouTube career with Niki and Alex in 2010, by launching their channel  00RemakeGirls, and they began by uploading comedy skits, remake videos, short films, and music video covers.

Over the years, their channel slowly gained more subscribers, and Gabi began to rise to prominence when the video “Demi Lovato Inspired Curls Tutorial,” posted on Niki and Gabi’s YouTube channel, went viral in 2012. As time went by, the DeMartino twins started to entertain their fans with a wide array of content, including make-up tutorial topics and dating tips videos among others.

Some of the most popular videos on Gabi’s channel include “Opposite Twins Swap Clothes for a Week!!,” Twin Swap DRIVE-THRU Challenge,” and ” Going Through Drive-Thru’s Dressed as Celebrities Challenge.” She also boasts of her Fancy Vlogs By Gabi channel, which features many video series such as “The V Squad and “Blood Queens,” among several others.

Music and Other Works

Gabi and Nikki released their debut song “It” in 2015, then another hit single entitled “First” in 2017.

In the year that followed, they uploaded their first extended play – “Individual” – which featured hit songs such as “Flowers”  and “Let It Roar.”  Some of her other popular songs are “R U,” “Sleep It Off,” and “First.”

DeMartino is famous for being Ariana Grande’s look-a-like, and she even starred in her song “Thank U, next.” The YouTuber said during an interview that she was contacted by Ariana to feature in her music video, in which she is seen wearing two-tone Como BDU Pants, UGG Bow Boots, and a Harajuku Girl sweater. Gabi has been subjected to criticism for trying to imitate Ariana; she is known for copying her signature ponytail, and also for making videos parodying her on her official YouTube channel.

DeMartino met YouTuber  Brandon Grupe in 2013, and began an affair that lasted for about two years; before they parted ways in 2015, they ran a YouTube channel entitled GabiandBrandon together.  Subsequently, she became romantically linked with comedian, photographer and musician Collin Vogt in 2016, and in early 2019, she announced that they would be moving in together in their new ‘small beach cottage’ in her hometown of Bethlehem, Pennsylvania. During their time together,  the two lovebirds began planning marriage, and even picked names for their future children –  a boy would have been named River or Eden, and girls they would have called Clare and Elowyn. However, they ended their relationship the year that followed, as Gabi publicly announced on her social media account.

Rumors have it that Gabi does not get along with her identical twin sister – they even made a video revealing reasons why they are not on good terms. Previously in February 2020, Niki uploaded her topless photo with Gabi and several other friends when they had gone on a trip to the Bahamas. Gabi didn’t like her decision and she took to her Instagram page explaining her side of the story to her fans. Nonetheless, the two sisters reconciled shortly after, and later posted a video on their YouTube channel entitled, “Trying to be Perfect Sisters Challenge,” and she wrote on its description that ‘We aren’t perfect sisters, We fight a LOT. Last week one of our fights became public (embarrassingly) and this was ironically filmed prior but in this video, we try to be perfect affectionate sisters in a sister challenge we made for ourselves!’

Gabi is an American of the white ethnicity who has light brown eyes, dark brown hair, and a fair skin tone. The slim built YouTuber is 5ft 2ins (1.56m) tall, weighs approximately 110lbs (50kgs) and her vital statistics are 33B-23-33, while her shoe size is 5 (US).

Gabi has accumulated her net worth mainly through her YouTube career, including endorsements and marketing of high-end brands through her widely-followed social media accounts. Sources estimate that she’s worth approximately $1.5 million as of late 2021.

Nicola ‘Niki’ Teresa DeMartino is a widely-known personality, mostly because of her YouTube channel, Niki  DeMar, which has gathered more than 2.5 million subscribers. She is also famous for her acting career as well as her writing endeavours, and is credited with her contribution to “If Life Was a Scary Movie” of 2015, and also for her appearance in 2016’s comedy musical movie “Dance Camp.”

She’s also appeared in a number of TV series, including 2019’s “Extralogy” and “Freakish.” In addition, Niki came in as the host of the TV show “Lip Sync Battle Preshow.”

She has been in a relationship with the drummer, cinematographer, and musician Nate West since April 2017.

Alex DeMartino has caught public attention for her regular appearances, together with her younger sisters, in the 00RemakeGirls YouTube channel, which has more than 250,000 followers. The 28-year-old vlogger (born on 3 November 1993) is also widely known for her appearances in numerous AwesomnessTV videos and also for her channel, Alex DeMar, which has nearly 100,000 subscribers.