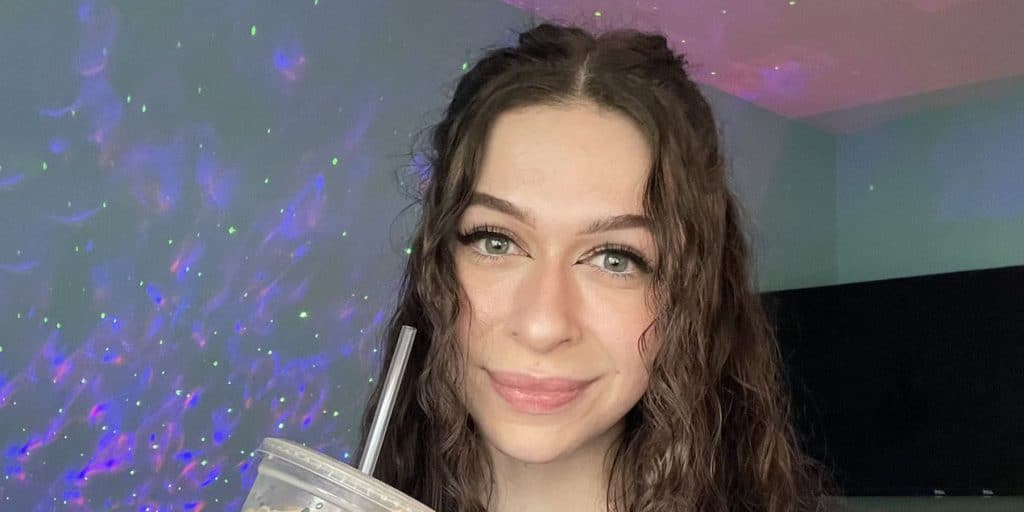 What is Hannahxxrose’s real name?

Hannahxxrose was born Hannah Rose in Chicago, Illinois USA, on 28 February 2000 – her zodiac sign is Pisces, and she holds American nationality. She’s a YouTuber, Twitch streamer and a social media star, who’s probably known best for her eponymous YouTube channel, which she launched on 3 March 2013. It’s today subscribed to by nearly 800,000 people, and numbers close to 25 million views of all her videos combined. Hannahxxrose is mostly focused on uploading videos which feature her playing the popular video game “Minecraft”, especially its mode “Bedwars”.

Hannahxxrose was raised alongside her sister Lindsey in Chicago, by their parents about whom nothing’s known, as Hannahxxrose respects their privacy.

She became interested in playing video games when she was around six years old, and has since played on various consoles, including Xbox, PlayStation and PC. After Hannahxxrose tried “Minecraft” for the first time in 2012, she instantly fell in love with the game, and it was her elementary school peers who advised her to launch her YouTube channel, and to start uploading videos which would feature her playing the game.

Hannahxxrose attended a local high school in Chicago, and spent the majority of her spare time with her male friends, because she was able to talk to them about video games and sports, which she wasn’t able to talk about with girls.

Upon matriculating in 2018, she chose not to pursue a college degree, but to focus on her career on the internet.

Hannahxxrose is mostly popular on YouTube for her skills on the video game “Minecraft”, but also for her sense of humor, and for being there for her fans when they need advice related to “Minecraft”. We’re going to mention three of Hannahxxrose’s most popular videos, which have helped her attract many subscribers.

Her #1 video “My first day on the Dream SMP…” has been watched over 3.6 million times since 22 January 2021, and features her playing “Minecraft” with several members of Dream SMP, who are playing on their own private multiplayer server. Hannahxxrose has been a member of Dream SMP for nearly a year now.

Her second most popular video “So I played Minecraft Bedwars with Dream…” has been watched close to two million times since 18 August 2021, and features her playing “Bedwars” with Dream, who is considered to be amongst the most popular “Minecraft” players.

Her third most popular video “I played Bedwars with the Dream SMP…” has been viewed over 1.4 million times since 3 July 2021, and features her playing “Bedwars” with several members of Dream SMP.

Hannahxxrose launched her Twitch channel on 24 May 2014, and has since amassed over a million followers, making her the owner of the #853 most followed channel (#391 English channel).

She has spent over 2,400 hours (100 days) livestreaming, and has an average of 2,400 viewers per livestream, and a total of over seven million views. Hannahxxrose’s highest recorded number of concurrent viewers was 50,937 on 6 January 2021.

She spends the majority of her streaming time playing “Minecraft” (close to 2,000 hours), while she’s also played various other games, including “Fortnite: Battle Royale”, “Among Us” and “Sims 4”.

Hannahxxrose is quite active on Instagram, and seems to be enjoying the attention which she’s receiving from her close to 500,000 followers. She’s uploaded more than 30 pictures onto the network, most of which have been taken during her everyday life.

Hannahxxrose has revealed several things about herself in these pictures, including that she enjoys spending time with fellow YouTubers and Twitch streamers, and that she likes to travel; she’s been to several US states, mostly to attend various gaming-related events.

Hannahxxrose launched her Twitter account in December 2015, and has since amassed over 500,000 followers, while she’s tweeted nearly 6,000 times, mostly to announce her upcoming livestreams and new YouTube videos.

She has a Facebook profile, but seems to be using it just to keep in touch with her closest friends and family members.

Hannahxxrose is a TikTok star too, and her account’s today followed by nearly three million people, while she’s amassed over 50 million likes of all her videos combined; the majority of these feature her playing “Minecraft” and “Bedwars”.

Hannahxxrose is amongst the most secretive of YouTubers and Twitch streamers, as she hasn’t disclosed any details of the boys and/or girls whom she has perhaps been with. This is probably why there are some rumors circulating the internet, concerning her sexual orientation, and her previous and present relationships.

Some of her fans believe her to be a lesbian, claiming that she hasn’t been seen spending time with any boy who could perhaps be her boyfriend. A fan has claimed to have seen Hannahxxrose being rather too close to her female friend at a party in Chicago, and that the two girls might today be in a relationship; no evidence has been provided to support these claims, nor has Hannahxxrose commented on this.

There are also those who believe that she’s today in a relationship with an American non-celebrity boy, but prefers to keep him away from media; this hasn’t been confirmed either.

As of November 2021, Hannahxxrose seems to be single, hasn’t married and doesn’t have children.

Hannahxxrose spends the majority of her spare time playing video games and making videos for her YouTube channel, but she also enjoys being outdoors, especially at natural locations; her Instagram account is filled with pictures which feature her at parks and near bodies of water.

She’s physically quite active, and has multiple training sessions at the gym each week, thus her slim figure; Hannahxxrose is also following a healthy diet; her favorite food is chicken with mashed potatoes.

She’s an animal lover, with cats and dogs being her favorites; Hannahxxrose apparently volunteered at a local animal shelter during her teenage years.

She likes to watch movies late at night, and her favorite actor and actress are Leonardo DiCaprio and Anne Hathaway, while a couple of her favorite movies are “Titanic”, “Shutter Island” and “Les Miserables”.