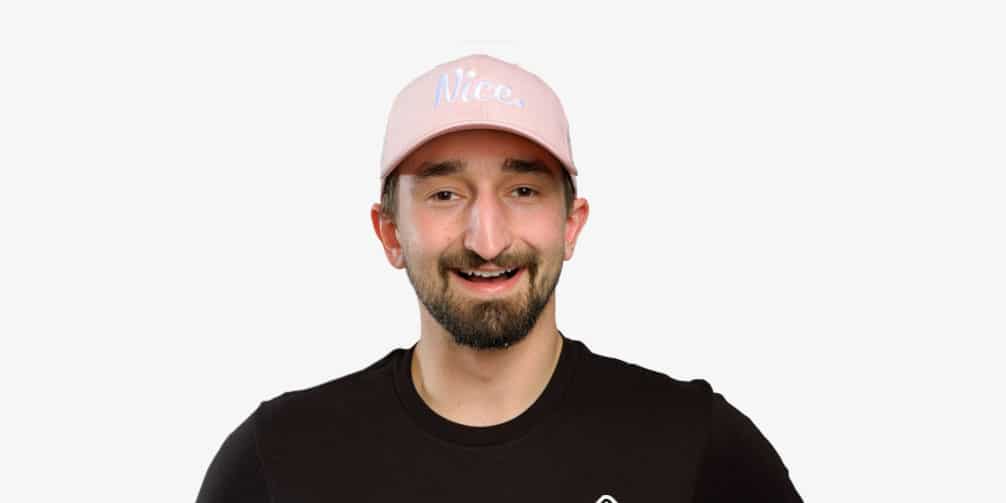 Who is YouTuber JeromeASF? Real Name, Age, Net Worth, Wiki

Jerome Robert Aceti, better known by his online alias JeromeASF, was born on 9 March 1994 under the zodiac sign of Pisces, in New Jersey USA. He’s a 27-year-old professional gamer and social media star, probably best recognized as a creator of gaming content for his official YouTube channel. He’s also known for co-owning several gaming channels, including ‘The Pack’ and ‘AwesomeSauceFilms’.

How rich is he, as of now? JeromeASF Net Worth

As of late-2021, JeromeASF’s net worth is estimated at over $6 million, earned through his successful Internet-based career, which includes sponsored posts, donations, stream subscriptions, and collaborations with other famous social media personalities and gamers.

He has also increased his wealth through the sales of his merchandise line, and other business ventures.

JeromeASF spent his early years in his hometown of Texas, where he was raised by his parents; however, their names and professions aren’t disclosed. There is not much information about his childhood, but it’s known that he is adopted, and that he moved to Florida with his mother at one point in his life; he has an elder sister whose name is also unknown. He holds American nationality, belongs to White Caucasian ethnic group, and is a Christian.

Talking about his education, Jerome attended Ridge High School, then upon matriculation, he enrolled into Rutgers University to study Biology, but dropped out after a semester to pursue his career as a full-time YouTuber.

Jerome had already become active on the social media scene in his early teenage years, when he co-ran two channels on YouTube with his friends – one of them was HacksourceVideos. On 12 July 2011, he launched his official YouTube channel under the name ‘JeromeASF’, while his career officially began in the following month when he uploaded a debut video,entitled “Minecraft – BIG BOY ADVENTURE Episode 1”, showing him playing the highly popular video game “Minecraft”.

It earned him a huge number of views, which encouraged him to continue to create similar content related to the “Minecraft” game.

In 2012, he joined Team Crafted, a group of YouTubers who played “Minecraft” and collaborated with each other in order to become more popular in the community. Other members of the team included Mitch, SkyDoesMinecraft, HuskyMudkipz and Deadlox, among others. He gained popularity with his “Minecraft” skin that resembles Chewbacca from the “Star Wars” franchise, and even published two books about his character and its adventures in the game.

Two years later, he left the team and co-formed another one called The Pack, alongside Mitch, Rob, Vikk, Lachlan and Preston. However, they disbanded in the following year, after which he mostly filmed videos solo, sometimes in collaboration with Sigils, Biffle, and SSundee. Furthermore, he’s also participated in several “Minecraft” Championships.

Apart from his main YouTube channel, Jerome has five more channels – he runs one dedicated to the video game “Roblox”, called ‘JeromeASF – Roblox’, with more than 270,000 subscribers and nearly 100 million views. His most viewed video on the channel is “THE SMALLEST GAME IN HISTORY? – ROBLOX FORTNITE BATTLE ROYALE (ISLAND ROYALE) #2”. Moreover, he has the channel ‘Jerome’, on which he posts various challenges and other similar content; he has over 260,000 followers on the channel.

Further, JeromeASF is also a co-owner of the channel ‘AwesomeSauceFilms’, along with several other YouTubers including Bajan Canadian, Nooch, and Fatlessmoon – they upload content about “Call Of Duty”, and have garnered more than 140,000 subscribers, and more than 45 million views.

The most popular video on their channel is “Survival – Modern Warfare 3 – Survival aka Zombie Mode! (MW3 Spec-Ops Survival Mode)”.

In addition to his career on YouTube, Jerome has expanded his influence across other social media platforms, which he uses to promote his videos and other projects. He runs his official Instagram account under the name ‘jeromeaceti’ with more than 930,000 subscribers, and his official Twitter account under the name ‘@JeromeASF’ with more than 800,000 followers. He also has more than 300,000 fans on his own Facebook page.

Moreover, he has an account under the same name on the world’s leading streaming service, Twitch. Besides that, he’s active on the highly popular TikTok app, on which he goes by the username ‘jeromeaceti’, and has nearly 25,000 followers.

As if all the above isn’t enough, he’s also launched a line of merchandise called Merch For All LCC (formerly named Nice Posture Clothing), that includes such items as hoodies, T-shirts, joggers, caps, mugs, and more.

Heading back to St Pete 😁 ✈️

He stands at a height of 5ft 10ins (1.78m), while his weight is around 165lbs (75kgs). Information about his vital statistics, biceps size, and shoe size isn’t available.

JeromeASF was romantically involved with YouTube star Jasmine; however, they eventually called it quits, following which, he went on to date a girl named Louise, but this romance was also short-lived. He’s now in a relationship with Erica, known as epatronx on social media.