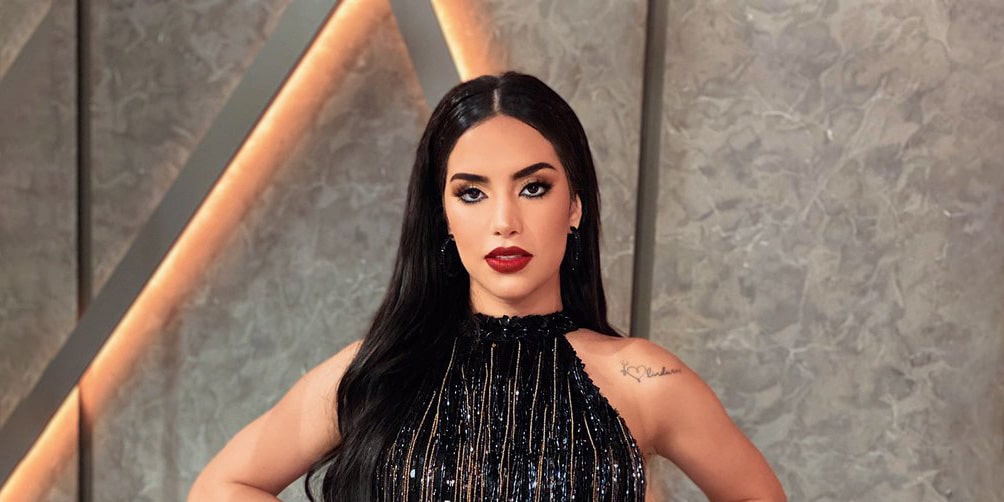 Who is YouTuber Kimberly Loaiza? Age, Net Worth, Boyfriend, Wiki

Who is Kimberly Loaiza?

Kimberly Loaiza is a Mexican YouTube star and singer, who achieved stardom by uploading daily vlog videos, and her musical creations. In addition, she’s a star on TikTok and is currently the 11th most subscribed TikTok artist in the world and one of the most popular Mexican social media stars.

Born Kimberly Guadalupe Loaiza Martinez on 12 December 1997 under the Sagittarius zodiac sign, in Mexicali, Baja California, Mexico, she hasn’t talked about her parents, but it’s known that she’s the oldest of three children, and has a brother named Carlos and sister Stefany Loaiza, who is a social media star and a model.

She lived in her hometown until she turned eight, when the family moved to Mazatlan, Sinaloa. She spent nine years in Mazatlan before she decided to move to Tijuana in pursuit of her career. She attended a local high school in Mazatlan, and was a member of the basketball team, and also attended dance lessons which later helped her career.

Kimberly Loaiza launched her YouTube channel in 2016 and uploaded her first video the same year. She continued to make new videos that showed her daily activities, showing her fans her Yoga skills, and her musical talents, which only made the fans love her, and slowly increased her popularity.

Kimberly now has over 34 million subscribers, while her videos have been viewed more than 3.5 billion times. Some of her most popular videos are “Roast Yourself Challenge/ Kimberly Loaiza Ft. JD Pantoja”, with more than 147 million views, then “MAS/ Video Musical”, with over 80 million views, and “24 Horas Siendo Papas Reales”, viewed just under 70 million times, among many other videos that have contributed to her popularity.

As her popularity increased, Kimberly was able to work on her musical aspirations too, and began releasing songs through YouTube, starting her second channel for her music videos.

Her debut song “Enamorate” was released in 2019, and the second single “Amandote” in the same year, and is now one of her most popular music videos. Since then, she’s released songs such as “No Seas Celoso”, which has over 225 million views, then “Me Perdiste”, with around 100 million views, and “Bye Bye”, among others. Her most recent music video, “Mejor Sola”, was released in October 2021.

In 2017, Kimberly launched a third YouTube channel in collaboration with her husband Juan De Dio Pantoja. They have been uploading daily vlogs, documenting their romance, and so far have amassed over 18 million subscribers.

Their first video, “Mi Historia Con Juan De Dios Pantoja Completa” now has over 20 million views, and some of the most popular include “Un Dia Especial”, over 90 million views, then “24 Horas Siendo Papas”, over 60 million views, and “Sorpresa Y Broma De Cumpleanos A La Lindura Mayor”, which has been viewed around 50 million times, among many other videos that the two have made together so far.

Kimberly has a huge fan base on TikTok, as her fans fell in love with her dance moves.

She has over 55 million followers on the video-sharing platform, and over 3.2 billion likes. In addition to solo videos, she’s also shared videos that feature her husband and children, and these have been rather popular.

She has a vast following on Instagram with over 32 million fan, and has used her popularity to promote some fashion brands such as Bang Energy among others.

When it comes to her personal life, Kimberly is known for her on-again-off-again relationship with YouTube star Juan De Dios Pantoja. The two started dating in 2012, and in 2016 took their relationship a step further and married.

However, their marriage lasted only for two years before they divorced, but Kimberly gave birth to their daughter, Sofia Loaiza Pantoja on 12 July 2019. This made them think over their actions, and they got back together in January 2020. Since then, the couple remarried, despite the revelation of JD Pantoja’s infidelity. They have since welcomed a son, but haven’t revealed the boy’s name.

Before Juan, Kimberly was in a relationship with another man whom she met through Facebook, however, that romance didn’t last long.

As of late 2021, Kimberly Loaiza’s net worth has been estimated to be around $5 million, earned through her successful career as a musician and YouTuber.

During her childhood years, Kimberly desired to be a teacher, but as she got older she became interested in plastic surgery.

Many have asked if she has had any plastic surgery done, and she confessed that she has underwent rhinoplasty back in October 2018.

She is an avid animal lover, and has a pet dog named Jukidog.

During her pregnancy, Kimberly gained 24lbs (11kgs), but thanks to being physically active, she lost all the extra pounds.

Dancing has remained one of her passions, while she also loves to swim, and spends a lot of time in the pool.