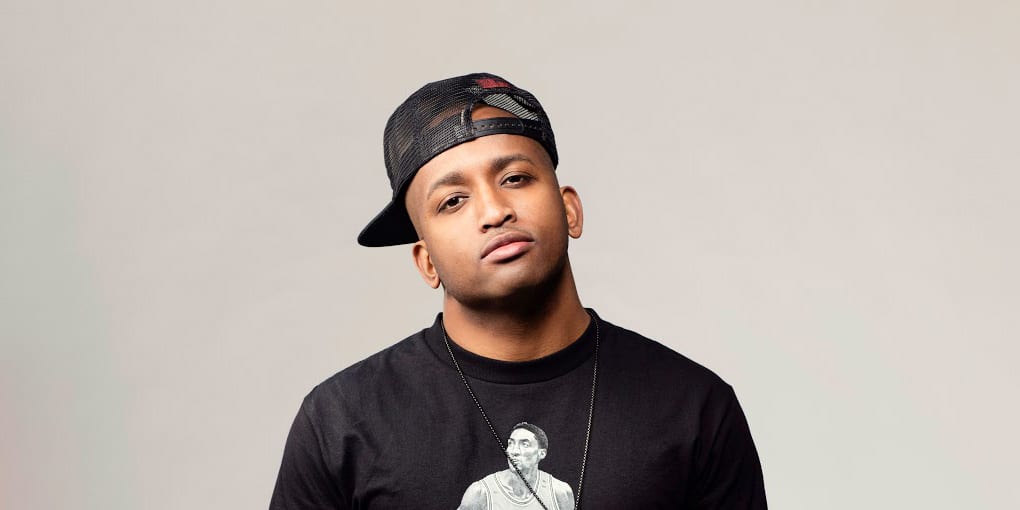 Who is youtuber sWooZie? Real Name, Age, Net Worth, Girlfriend

What is YouTuber sWooZie’s real name?

Adande Thorne was born in Diego Martin, Trinidad and Tobago, on 10 July 1980 – his zodiac sign is Cancer, and he holds both Trinidadian and American nationality. H, social media star, gamer, actor, comedian, and an animator who under his online name of SWooZie, is probably known best for his eponymous YouTube channel, which he launched on 9 February 2006. It’s today subscribed to by close to eight million people, and numbers over 1.3 billion views of all his videos combined, most of which are sWooZie’s self-made funny animations.

SWooZie was raised in Diego Martin alongside his younger sister Njideka, by their parents who both hold Bachelor’s degrees from Pace University in New York; sWooZie was 11 years old when he moved to the USA with his family.

They lived in Winter Garden, Florida, and he studied at West Orange High School; he was already an avid video games player, and was just 16 years old when he began working at Disney’s Hollywood Studios, wanting to earn money for his gaming equipment.

Upon matriculating in 1998, sWooZie applied to both the California Institute of the Arts and Ringling College of Art and Design, wanting to learn animation, but was rejected; he thus chose to start learning animation on his own.

SWooZie is mostly popular on YouTube for his amazing skills at animation, but also for his sense of humor. He often makes videos which feature things that have happened to him during his travels around the world, and we’re going to mention three of sWooZie’s most popular YouTube videos, which have helped him attract many subscribers.

SWooZie’s #1 video “2 Girls 1 Cup of ICE” has been watched over 30 million times since 11 August 2014, and it tells the true story of when sWooZie was invited to attend a party organized by his two female friends.

His second most popular video “Sex in High School” has been viewed over 28 million times since 15 September 2014, and features sWooZie talking about sex while attending a local high school.

His third most popular video “My First Kiss” has been watched more than 25 million times since 9 April 2017, and shows sWooZie speaking of his first kiss.

SWooZie is highly active on Instagram, and is today followed by close to 500,000 people, while he’s uploaded nearly 1,000 pictures onto the network; mostly taken during his everyday life.

He launched his Twitter account in October 2008, and has since tweeted over 5,000 times, and is today followed by close to 250,000 people; he mostly writes about his everyday activities, but also to announce the upload of his new YouTube videos.

He’s also active on TikTok, and is today followed by close to 100,000 people, while he’s amassed over 500,000 likes of all his videos combined, most of which are his short animations.

SWooZie made his debut TV series appearance in the 2013 episode “BUZZKILL!” of the comedy “DashieXP”, and the following year heard him voice both Agent and Teacher in two episodes of the animated comedy series “Alex Clark: Animated Storytimes”.

He made his debut film appearance in the 2014 short action comedy “Kung Fu Kids”, and in the following year, sWooZie was cast to appear in the action comedy movie “Bob Thunder: Internet Assassin”. Written and directed by Joe Nation, it starred Brock Baker, Evelina Barry and Greg Benson, and follows a man who has hired a killer to help him become popular on YouTube.

In 2016, sWooZie appeared in the episode “Coming Out?!” of the musical comedy series “Sing It!”, and the following year saw him play Scott Hubbard, in the critically acclaimed romantic science fiction movie “The Space Between Us”. It was directed by Peter Chelsom, starred Gary Oldman, Asa Butterfield and Carla Gugino, and follows the first human to be born on Mars, who has now come to Earth; the movie was nominated for four awards.

Most recently, in 2017 sWooZie appeared in two episodes of the comedy “Dashie Games”.

SWooZie received special thanks for the making of the 2012 video game “Dead or Alive 5”.

He has made a guest appearance in an episode of various talk-shows, including “Online Nation”, “Game Head” and “Sharp News”.

SWooZie is amongst the most secretive of YouTubers, as he hasn’t mentioned any women or men whom he’s perhaps been with; this is probably why there are rumors circulating the internet concerning his current relationship status, and his sexual orientation.

Some of sWooZie’s fans believe that the popular YouTuber is gay, and this is the reason why he hasn’t mentioned any women whom he’s perhaps dated. One of his fans has even claimed to have seen sWooZie spending time with a man who could perhaps be his boyfriend, but no evidence has been provided to support these claims, nor has sWooZie commented on the matter.

There are also those who believe that he’s today in a relationship with a non-celebrity American girl, but prefers to keep her away from media; this hasn’t been confirmed either.

As of November 2021, sWooZie seems to be single, hasn’t married and doesn’t have children.

SWooZie enjoys spending his spare time outdoors, and prefers being in nature rather than in overcrowded cities. He also likes to travel, and has been to many US states, with his favorite city being Miami in Florida; he’s also been to a couple European countries, with his favorite being England.

SWooZie has multiple training sessions at the gym every week, and some of his Instagram pictures show him working out; he has also given his fans some advice on exercising and dieting.

He has his own favorite actor and actress, Vin Diesel and Natalie Portman, while a couple of his favorite Hollywood movies include the franchise “Fast and Furious”, “Pitch Black” and “V for Vendetta”.