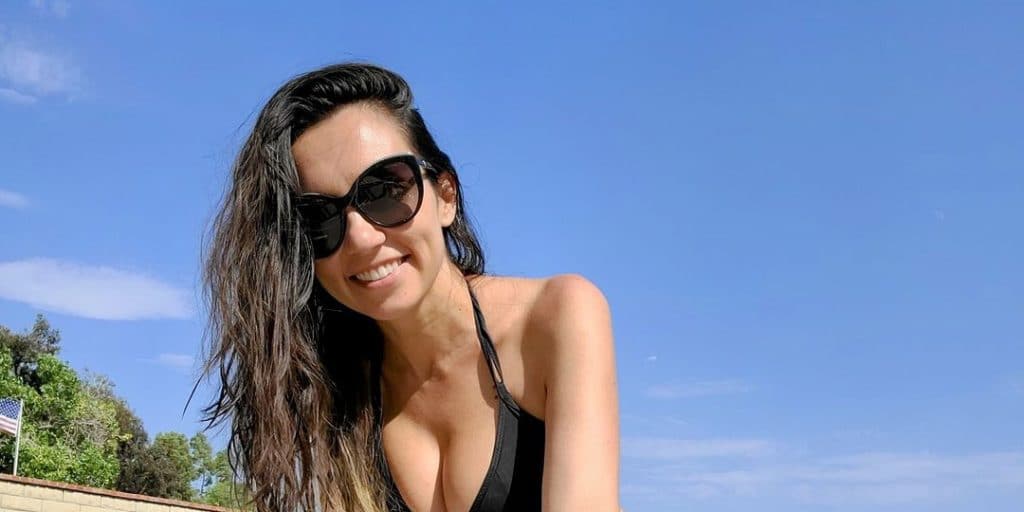 Who is Trisha Hershberger?

Trisha Hershberger is an American YouTube star, TV and online host, and an actress. She’s perhaps best known to the world for working on the YouTube channel SourceFed, hosting several shows, including PWR Up” among others.

Trisha Lyn Hershberger was born on 15 September 1982 under the Virgo zodiac sign, in Schwenksville, Pennsylvania USA. Of German ancestry, Trisha hasn’t mentioned the names of her parents and whether she has any siblings. She grew up in her hometown, and went to Gwynedd Mercy Academy where she was an Archdiocesan Scholar.

After matriculation, she received a scholarship to DeSales University, from which she obtained a Bachelor of Arts degree in Theater Arts, but also graduated with a minor in Theology.

She became interested in the performing arts at a young age, and made her first appearance in theater at the age of five. While in college, she appeared in several commercials, and also completed her internship with the Pennsylvania Shakespeare Festival. Once she was out of university, Trish left Pennsylvania and moved to Los Angeles, California, feeling that she would have more chances as an actress and host.

Trisha made her acting debut in 2002, with the role of Jessica in the comedy film “(What’s) the Deal?”, written and directed by Jacob Knapp III, while the main roles were given to Dwight Bazemore, Pete Black, and Kevin Cosentino. In 2004, she starred in the horror film “Berenice”, co-starring Paul Boccadoro and John Cusumano, and her other popular roles include the co-lead in the drama film “Penumbra” (2016), while recently she joined the cast of the TV show “Role & Keep” (2021).

Before launching her own YouTube channel, Trisha worked for several other YouTubers, mainly as a host of various web shows, including with Fandom, IGN, and Smosh, among others, before she joined SourceFed, which is a YouTube Original channel owned by DeFranco Creative and Business Inc., assuming the position of a full-time host. She remained with the channel until 2015 and then made a video explaining why she left the organization. Moreover, she was the host on SourceFedNerd, an entirely new channel she created with Meg Turney and Steve Zaragoza.

She acquired world fame as a YouTube host, and has worked for a number of channels, hosting several popular shows including “Screen Junkies Movie Fights”, “PWR Up”, and many others.

Additional to working on other channels, Trisha is known for her own YouTube channel, which she launched in 2010, but didn’t upload her first video until 2013, entitled “Trisha Tries Zombie Survival Camp”. She started a web series on her YouTube, entitled “Naked Truth”, in which she talks about her personal life, her plans, but also shares advice on everyday life situations, such as “Naked Truth on How To be Organized”.

She has also uploaded content on topics of technology, and video games, among others.

She now has over 145,000 subscribers, while her videos have been viewed more than 16 million times; some of her most popular include “Naked Truth on Boobs”, viewed more than 3.5 million times, then “Losing Your Virginity- Naked Truth”, with one million views, and “Windows 10 Tips & Tricks”, with over 340,000 views, in addition to many other popular productions.

Trisha is a gamer girl, and has a Twitch channel for her gameplay streams. She’s amassed around 50,000 followers on her official Twitch channel, and a number of subscribers who pay for V.I.P. content.

She doesn’t stream just games but has varied content, including the Dragonrider Happy Hour, and others. She has a schedule for her streams, which has become very popular with her fans.

As of late 2021, Trisha Hershberger’s net worth has been estimated to be around $1 million, earned through her successful career as an actress, online content creator, and host.

Trisha has been rather open about her personal aspirations. Since October 2015, she’s been married to Nate Parker, who is a singer and an accountant.

The couple dated for several years before becoming engaged in January 2015, while the wedding was held at the historic landmark The Mission Inn Hotel & Spa in Riverside, California. Since then, the couple has welcomed a son named Logan, born in 2017.

The prominent YouTuber has dark brown hair and brown eyes. She stands at a height of 5ft 1in (1.55m), weighs approximately 115lbs (52kgs), with vital statistics of 38-25-37, bra size 34D. She has a matching tattoo with her husband, on her ring finger.

Trisha is somewhat of a nerd as she has said about herself; she likes to play various video games, but also board games, and is a huge fan of “Dungeons and Dragons”.

She calls her fans Dragonriders and has a special happy hour for her fans on Twitch, during which she organizes various giveaways, answers special questions, and fulfills wishes.

Trisha is an avid traveler and has visited a number of US states, both alone and with her family, but Los Angeles has been her favorite city. She is a cosplayer, and one of her favorite characters that she cosplays is Wonder Woman. A fan of video games and the gaming culture, she has visited a number of GameCons, including the immensely popular E3.