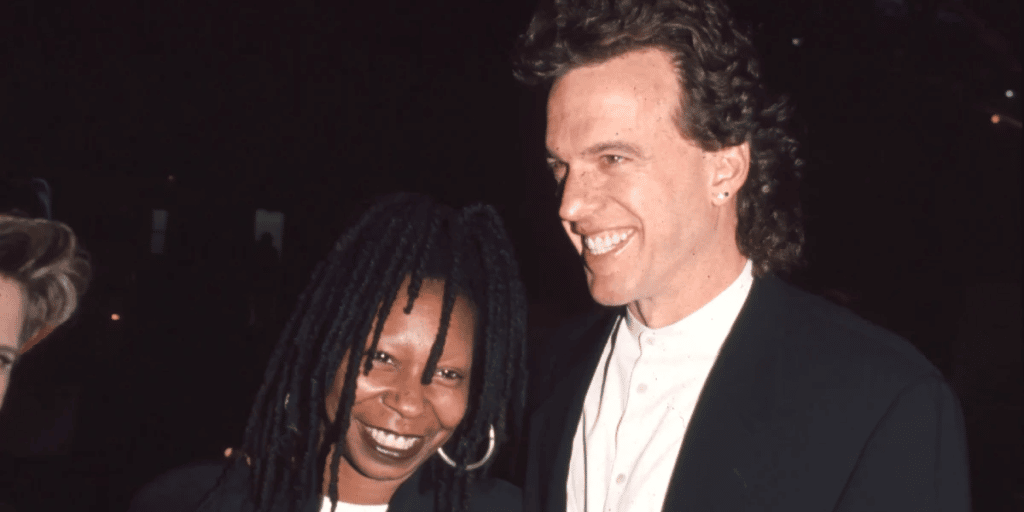 Who is Lyle Trachtenberg?

Lyle Trachtenberg is a former actor and an International Alliance of Theatrical Stage Employees ATSE (IATSE) union organizer, but perhaps best recognized as the ex-husband of the popular actress Whoopi Goldberg. He was born under the Zodiac sign Capricorn on 1 January 1956, in Los Angeles, California, USA. As of 2021, he’s 65 years old, holds American nationality, and lives with his family, still in Los Angeles.

He was born an only child to a father who was a theater actor, and a mother who was an English teacher. From a young age, his father instilled in him a love for acting and theater, and during his formative years, he expressed an interest in participating in performance activities. He was also very involved in sports, as he played football and soccer, and while attending high school, he became a member of the drama club.

After matriculating, he attended the University of California in L.A., from which he graduated in 1980.

Career in the IATSE

After graduating, Lyle became a member of the International Alliance of Theatrical Stage Employees, a Canadian-American labor union. He built his profile over time, attracting attention and becoming one of the major and most active organizers. However, his diligence and dedication to the job also came at a cost. Namely, in 1995 he made headlines for his infamous dispute with the indie filmmaker Allison Anders, who had re-hired several non-union cast members for the drama/film “Grace of My Heart” in an attempt to lower the costs. The movie had a $5 million budget with production credits attributed to Ruth Charny and Dan Hassid.

Reportedly, Lyle wanted to discuss the issue with Allison, and arrived at the set during the lunch break. However, he was denied entry, which prompted him to stand outside and start listing the benefits of becoming a member of the IATSE. By the time they finished eating, 25 members had joined the association, and there were some rumors of a potential makeshift strike. Cornered, Allison had to come to a new agreement with the union, and after the settlement was reached, the crew continued filming.

This was not his last run-in while working for the IATSE; in 1996 the producer Lawrence Bender shared his experience working with Lyle, disclosing that he found himself in hot water after the union stopped the production of the film “White Man’s Burden” mid-filming, which resulted in huge monetary losses.

Reportedly, Lawrence gave an interview to the L.A. Times in which he talked about the downsides of working with the union. Trying to lessen the damage, Lyle advised Lawrence to give up on his fees in order to keep the budget of the movie under $3 million, so that the union stipulation would be disregarded. Lawrence claimed that this was an attempt to pull the wool over his eyes rather than deal with the regulations within the IATSE.

Even though he devoted most of his life to the union and protecting the legal frame of the acting profession, he never found much success as an actor. His one and only acting credit is for the 1998 comedy film “Beach Movie”, in which he portrayed a Husky Guy. Besides this role, he has received special thanks for several other movies and TV shows, including “The Most Hated Women in America”, “Hello My Name is Doris”, and “Transylmania”.

His marriage to Whoopi Goldberg

Lyle and Whoopi met in 1992 while he was actively engaged in the union, and Whoopi was steadily building her acting career. After dating for nine-month, the then-couple tied the knot on 1 October 1994, in a private ceremony with their closest friends and family members. However, the marriage didn’t last, and they filed for divorce in the following year. Reportedly, some rumors indicated that Lyle’s involvement with the IATSE union brought additional pressure into their marriage, which was on the rocks from the beginning.

In her interview with Piers Morgan, Whoopi, who was married twice before Lyle, talked about her failed relationship and marriages, and revealed: ‘I suppose you have to be in love with the person you marry. You have to be committed to them. I don’t have that commitment. I’m committed to my family. No, I wasn’t in love with my husbands. It’s the truth.’

She also disclosed the reason why she easily entered into marriages, saying: ‘I wanted to feel normal and it seemed to me if I was married I’d have a much more normal life. That’s not a good reason to get married. You have to actually want a life with someone through ups and downs, and I discovered that wasn’t for me.’

Did Lyle Marry after his divorce to Whoopi?

Later, Lyle found love when he began dating the actress Adrianna Belan, who gained popularity for her roles in the film “Alpha Dog”, “Room 6”, and “Mostly Ghostly”. They subsequently married – details unknown – and have welcomed two daughters together, whom they named Gabriella and Natasha.

As of 2021, his estimated net worth is around $1 million, which he’s earned through his career. On the other hand, Whoopi’s wealth is estimated at over $45 million.

Lyle likes traveling too, and has visited most of the US states and Europe, as his work’s taken him to numerous and exotic places such as Thessaloniki in Greece and Dubrovnik in Croatia.

As his favorite actors, he cites Bruce Willis, Vin Diesel and Angelina Jolie, while his favorite movies include “Pulp Fiction, “Pitch Black”, and “Mr. and Mrs. Smith”

It appears that he‘s not a fan of social media.

Before launching her acting career, she had various jobs, including waiting tables and brick layering, among others. Whoopi then became a member of an avant-garde troupe and started giving comedy and acting classes. Soon after, she appeared in a number of theater productions, testing the waters as an actress and comedian.

Her breakthrough role came in 1985, when she starred in the coming of age period drama film “The Color Purple”, which proved to be a huge commercial and critical success, as it received nominations for 11 Academy Awards. Whoopi’s performance did not go unnoticed, and she was nominated for her first Golden Globe Award for Best Actress. After this role, Whoopi was one of the busiest actresses in the entertainment industry, filming over seven movies.

Two years later, she starred in the comedy thriller movie “Fatal Beauty”, and her performance garnered the NAACP Image Award for Outstanding Actress. Her other notable performances include in the movies “Burglar”, “The Telephone”, and “Clara’s Heart”.

In 1990 she was cast to play a psychic in the romantic fantasy film “Ghost”, starring Patrick Swayze and Demi Moore. Her brilliant performance was rewarded with six awards, including an Academy Award and her second Golden Globe Award. She continued building her profile and scooping awards, starring in movies such as the comedy film “Sister Act” and the romantic comedy movie “How Stella Got Her Groove Back”. Later, she launched her talk show entitled “The Whoopi Goldberg Show”.

In the following period, she had several notable performances with active engagement in the theater. Interestingly, she is one of the few entertainers in the world to have won an Emmy Award, a Grammy Award, an Oscar and a Tony Award. Whoopi is still active, most recently appearing in the competition series “RuPaul’s Drag Race”, and the mini-series “The Stand”.

Besides her prolific career as an actress, comedian and host, she’s also an avid fighter for human rights, equality and the LGBT community. During her long career, she’s participated in numerous campaigns, which aim to bring straight people closer to the members of the LBGT community.

Who is Caroline Arapoglou? Age, Height, Husband, Net Worth, Wiki