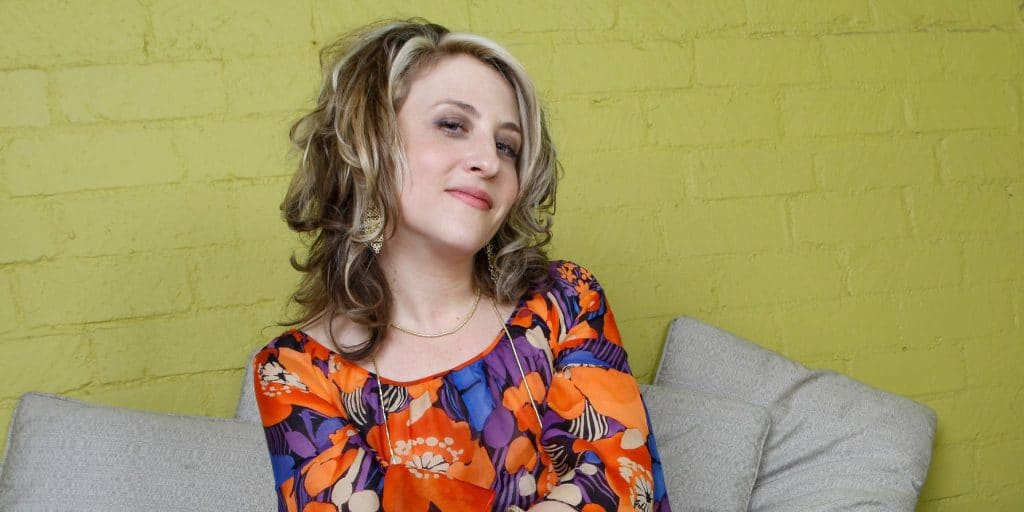 Why did Bitty Schram leave Monk? Where is she today? Biography

Who is Bitty Schram?

Elizabeth Natalie ‘Bitty’ Schram is an actress, perhaps best recognized as Sharona Fleming in the comedy drama-detective series “Monk”, and had a notable role in the film “A League of Their Own”. Bitty was born under the Zodiac sign Cancer on 17 July 1968, in Mountainside, New Jersey, USA, so as of 2022, she’s 53 years old and holds American nationality.

While Bitty’s never disclosed the names of her parents, it’s known that her father was a tennis player and her mother worked as a banker. Reportedly, her parents divorced when she was 10, and she often moved from place to place.

Growing up, she always aspired to become an actress. However, after she enrolled at a high school, she began playing tennis and excelled at it. After matriculating, she attended the University of Maryland on a tennis scholarship, graduating with a degree in advertising design in 1990.

Her professional name, Bitty, is her childhood nickname, which she took after launching her acting career.

She kicked off her career in 1992, making her movie debut in the crime drama film “Fathers and Sons”, alongside Jeff Goldblum, Rory Cochrane and Famke Janssen. During the same year, she landed her breakthrough role as Evelyn Gardner in the sports comedy/drama movie “A League of Their Own”, directed by Penny Marshal, in which Bitty portrayed the recipient of classic admonition by her manager, Jimmy, and sharing the screen with Tom Hanks, Geena Davis and Madonna.

The film revolves around two sisters who join the first All-American Girls Professional Baseball League (AAGPBL), and their struggles to succeed.

The movie became a huge success, receiving overwhelmingly positive reviews from critics and the public, who praised the cast and their performance. Additionally, it smashed at the box office, grossing over $130 million against a $40 million budget. In 2012, it was selected for preservation in the United States National Film Registry, for its cultural, historical, and aesthetical importance.

Bitty also shared the stage with David Schwimmer, Gwyneth Paltrow, and Toni Collette in the romantic comedy movie “The Pallbearer”.

In 1998 she was cast in two films – the psychological drama “Cleopatra’s Second Husband”, and the romantic drama “Kissing a Fool”. The following year, she appeared in an episode of the supernatural comedy series “G vs E”.

Her next roles came in 2001 when she made several one-episode appearances in the series, such as “Strong Medicine” and “Roswell”. Bitty was also cast as the recurring character, Rita, in the drama series “Felicity”, starring in three episodes.

“Monk” and other roles

After her minor role in the romantic comedy film “Unconditional Love”, Bitty landed the role as Sharona Fleming in the comedy/crime detective series “Monk”, alongside Tony Shalhoub, Ted Levine and Jason Stanford.

Rated as one of the most-watched series in cable TV history, “Monk” received critical acclaim and an overwhelmingly positive response from audiences. Bitty’s portrayal of Sharona, the divorced registered nurse, and Adrian Monk’s right hand, did not go unnoticed, as she was nominated for Golden Globe Award for Best Performance by an Actress in a Television Series. Bitty stayed on the show through three seasons, after which she exited, her character being replaced by Natalie Teager, played by Traylor Howard, who becomes Monk’s new personal assistant. The show premiered in 2002, and ran for eight seasons through 2009.

Why did she leave “Monk”?

When Bitty Schram left the show after the third season, many fans were caught off guard. Bitty as Sharona was a very likable member of the cast, and highly important to the plot and the development of Adrian Monk’s character. Or so everyone thought.

Monk star Bitty Schram might look familiar to fans of the movie "A League of Their Own." She played the teary-eyed right-fielder who was told by Tom Hanks that there is "No crying in baseball!"

The official explanation was that she was released due to a contract dispute – according to the Hollywood Reporter, Bitty and some other cast members wanted to renegotiate the terms of their contract and possibly bigger pay, which did not sit well with producers. However, the network stated that they had decided to go in a ‘different creative direction with some of its characters’.

It only reinforced the notion that the industry is merciless when it comes to actors who aren’t essential to the show, which proved to be true after Traylor Howard stepped in and replaced Bitty, and the show ran for five more seasons. Regarding her character in the show, given that Sharona had the pattern of quitting her job due to Monk’s quirky personality and unreasonable requests, they used this running gag, disclosing that she remarried her ex-husband Trevor Howe, and relocated.

In 2004, she was cast as Christine Bigbee in the drama movie “The Sure Hand of God”, followed by a support part in an episode of the sitcom “Kitchen Confidential”.

In 2006, she starred in the movie “A-List” and made a one-episode appearance in the miniseries “Thief”. The following year, she played Jackie Nelson in the TV movie “You’ve Got a Friend”, and in 2009, she appeared in an episode of the supernatural series “Ghost Whisperer”, starring Jennifer Love Hewitt.

Her last appearance was in 2016, when she was cast as Officer Lori in the adventure comedy movie “Moments of Clarity”, alongside Lyndsy Fonesca, Mackenzie Austin, and Xander Berkeley. The cast earned a nomination for Maverick Movie Award for Best Ensemble Acting.

After leaving “Monk”, Bitty was cast in a couple of projects, but as time passed, she was getting fewer and fewer offers and auditions.

Following her role in “Moments of Clarity”, it appears that she went under the radar, and most likely halted her acting career. Although she did not star in a movie or a TV series, she appeared in June 2018 at Cleveland Ballpark, a promotion with the theme “A League of Their Own”.

When it comes to her dating history and romantic interest, not much is known except an occasional rumor. It remains a mystery whether she’s ever walked down the aisle, while some information began circulating that she might be bisexual or lesbian. However, since launching her acting career, she has remained tight-lipped regarding her sexuality and love life.

While filming the series “Monk”, it was believed that she had a relationship with the main actor Tony Shalhoub, raising eyebrows, because at the time, Tony had been married for a decade to Brooke Adams.

Neither of them disclosed any information, and Tony continued his relationship with his wife, with whom he’s welcomed two children.

As of 2022, her estimated net worth is around $2.5 million, which she’s earned during her career spanning over two decades.

In her free time, she likes to read – her favorite authors are Agatha Christie and J.K. Rowling, while her favorite books include “Lord of the Rings”, “Harry Potter” film series, and “Murder on Orient Express”.

As an individual who grew up watching movies and series, she cites Leonardo DiCaprio, Robert De Niro, and Meryl Streep as her favorites. Her most beloved movies are “Inception”, “Shutter Island”, and “The Devils Wears Prada”.

Even though today she’s not as physically active as she was in her 20s and 30’s, she mostly plays tennis as a form of relaxation.

Bitty also likes to travel, and thanks to her career, has visited most US states, and numerous countries in Europe, including Switzerland, England and France.

Bitty is an avid animal lover.

Regarding her religious outlook, Bitty adheres to Judaism.