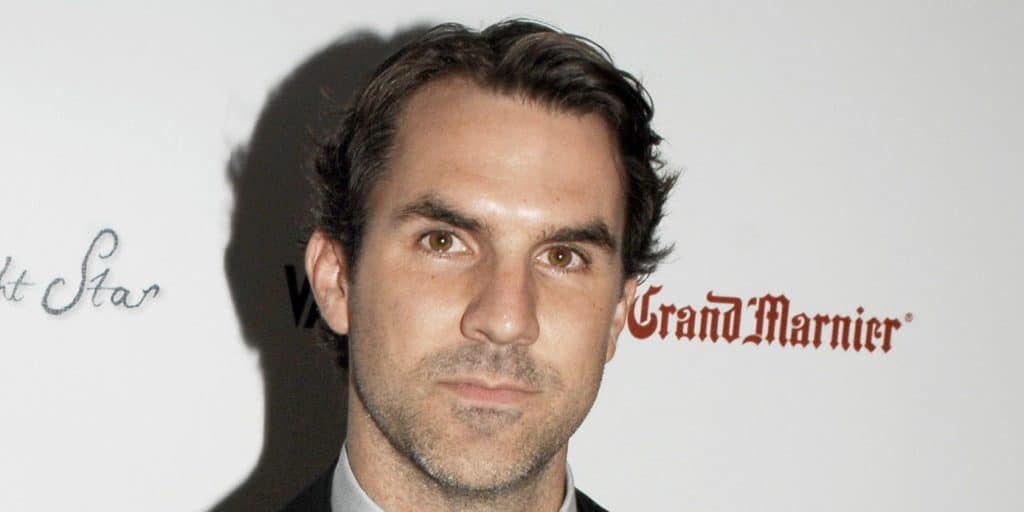 Why did Paul Schneider leave Parks and Recreation? Biography

Who is Paul Schneider?

Paul Andrew Schneider was born on 16 March 1976 under the zodiac sign of Pisces, in Oakland, California USA. He’s a 45-year-old actor, writer, director and producer, probably best recognized for landing the role of Mr. Brown in the film “Bright Star” (2009), playing Mark Brendanawicz in the NBC political satire sitcom “Parks And Recreation” (2009-2010), and featuring as Mike Painter in the Syfy horror anthology series “Channel Zero” (2016).

How rich is he, as of now? Paul Schneider Net Worth

As of late-2021, Paul Schneider’s net worth is estimated at over $1 million, earned through his successful involvement in the entertainment industry, working on more than 40 television and film titles since he launched his career in the late 1990s.

We’re wishing a very Happy Birthday to Paul Schneider from "The Divide"!

Paul Schneider spent his early years in Asheville, North Carolina, where he was raised by his parents; however, there is no information about their names and professions, and it’s also unknown whether he has siblings or is an only child. He holds American nationality and belongs to White Caucasian ethnic group. Talking about his education, Paul attended a local high school, and later graduated from the University of North Carolina School of the Arts.

Paul Schneider started his professional acting career in 1997, when he starred in the role of Bedford in the short film “Pleasant Grove”, while his debut feature film role came three years later, when he played Rico Rice in the drama film “George Washington” that was praised by critics.

He then portrayed Paul in the 2001 drama film “Security, Colorado”, which was directed by Andrew Gillis and filmed in the Dogme 95 style. It was followed by his appearances as Paul in the romantic film “All The Real Girls”, opposite Zoey Deschanel, and Gabe in the comedy crime film “Crude”, both in 2003.

The same year, he made his TV debut in the guest role of Thomas Warner in the NBC crime drama series “Third Watch”, after which he featured as Owen McCabe in the romantic comedy film “50 Ways To Leave Your Lover” in 2004. In the following year, Paul booked such roles as Jessie Baylor in the romantic tragicomedy film “Elizabethtown”, written and directed by Cameron Crowe, and Brad Stevenson in the comedy-drama film “The Family Stone”, next to Diane Keaton and Craig T. Nelson. He then played Jeff Lagrand in the 2006 comedy film “Live Free Or Die”.

Paul Schneider’s big break came in 2007, with his appearance as Dick Liddil in the Academy Award-nominated epic revisionist Western film “The Assassination Of Jesse James By The Coward Robert Ford”, directed by Andrew Dominik, sharing the screen with such actors as Brad Pitt, Casey Affleck and Mary-Louise Parker. It was followed by his portrayal of Gus in the romantic comedy film “Lars And The Real Girl” (2007), next to Ryan Gosling, after which he wrote, directed and took a minor role in the independent comedy film “Pretty Bird” (2008), which premiered at the Sundance Film Festival.

In 2009, he played Charles Armitage Brown in the biographical fiction romantic film “Bright Star”, which earned him a National Society of Film Critics Award for Best Supporting Actor, and later that year he played Courtney Farlander in the comedy film “Away We Go”, directed by Sam Mendes.

Paul Schneider’s mainstream recognition came when he joined the main cast of the Primetime Emmy Award-winning NBC political satire sitcom “Parks And Recreation”, in which he starred as Mark Berndanawicz for the first two seasons from 2009 until he left the series in 2010. He continued to work on other projects, and started the next decade with his portrayals of Charlie in the romantic film “Water For Elephants”, and Terry in the historical drama war film “The Flowers Of War”, sharing the screen with Christian Bale, both released in 2011.

It was followed by his appearances as Tommy Macklin in the 2012 comedy film “The Babymakers” and Aaron Radwell in the 2013 comedy-drama film “Hello Carter”, alongside Jodie Whittaker and Charlie Cox. In 2014, he wrote, produced and directed and the short comedy film “Straight Men/Same Bed”, and played Otto Wall in the comedy-drama film “Goodbye To All That”. During the same year, he was cast in the main role of Clark Rylance in the short-lived legal drama TV series “The Divide”, broadcast on WE tv, and the following year featured as Christian in the drama film “The Daughter”, directed by Simon Stone.

In 2016, Paul Schneider landed such roles as Steve in Woody Allen’s romantic comedy-drama film “Café Society”, alongside Steve Carell, Blake Lively, and Kristen Stewart, and Richard Miskin in the romantic comedy film “Rules Don’t Apply”, and later that year he took the role of Mike Painter in the Syfy horror anthology series “Channel Zero”, created by Nick Antosca. His next major appearance came in the next year, when he was chosen to play Ryan Winter in the second season of the Hulu psychological thriller series “Chance”.

In 2018, he made his Broadway debut as Matt in the play “Straight White Men” by Young Jean Lee.

Two years later, he portrayed George in the Amazon Prime Video sci-fi series “Tales From The Loop” and starred as Jonathan ‘The Hourglass’ Beckett in the AMC supernatural horror series “NOS4A2”, based on the novel of the same title by Joe Hill. The same year, he had the part of Jimmy in the crime film “Brothers By Blood”.

Most recently, he was cast as John Chambers in the horror film “A House On The Bayou”, written and directed by Alex McAulay. Regarding his upcoming projects, it’s announced that he will play David Brown in the true-crime film “American Murderer”, and Andy Boone in the Netflix drama series “Florida Man”, both of which are currently under post-production.

Paul Schneider has short dark brown hair and dark brown eyes. He stands at a height of 5ft 11ins (1.82m), while his weight is around 165lbs (75kgs). Information about his vital statistics, biceps size, and shoe size isn’t available.

Paul Schneider is a married man – his wife is Theresa Avila who is an occupational therapist, and co-founder of The World Lens Foundation, on which he served as a board member; he also served as an Innocence Project Ambassador. They tied the knot at a ceremony held on 16 April 2016, and welcomed their daughter named Louisa (Lou) TC Schneider, on 14 May 2020.