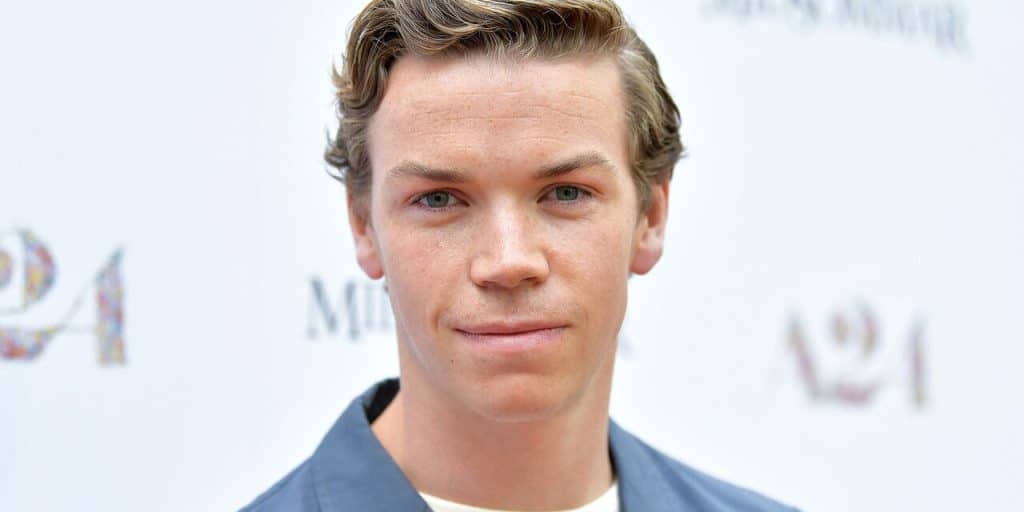 Who is Will Poulter?

William Jack ‘Will’ Poulter was born on 28 January 1993 under the zodiac sign of Aquarius, in Hammersmith, London, England. He is a 28-year-old actor, probably best recognized for landing the role of Eustace Scrubb in the fantasy adventure film “The Chronicles Of Narnia: The Voyage Of The Dawn Treader” (2010), playing Kenny Rossmore in the crime comedy film “We’re The Millers” (2013), and featuring as Billy Culter in the Hulu drama miniseries “Dopesick” (2021).

How rich is he, as of now? Will Poulter Net Worth

As of late-2021, Will Poulter’s net worth is estimated at over $5 million; earned through his successful career in the world of entertainment.

He has worked on more than 25 television and film titles since he launched his career back in 2007.

Will Poulter spent his early years in his hometown of Hammersmith, where he was raised by his father, Neil Poulter, a professor of cardiology at Imperial College, London, and his mother Caroline Poulter (née Barrah), a former nurse who was raised in an Anglo family in Kenya, where her father worked as a game warden at the Maasai Mara wildlife sanctuary. He has three siblings, a brother named Ed Poulter, and two sisters, one of whom is Jo Poulter. He holds British nationality and belongs to White Caucasian ethnic group.

Regarding his education, Will attended The Harrodian School, where he took drama lessons. He later enrolled in the University of Bristol to study Drama, but eventually dropped out to pursue his career as a full-time actor.

Will Poulter started pursuing his professional career as an actor in 2007, when he made his debut feature film appearance as Lee Carter in the comedy film “Son Of Rambow”, written and directed by Garth Jennings; it premiered at the Sundance Film Festival, and he was praised for his portrayal. His TV debut came later that year, when he guest-starred in two episodes of the BBC One comedy series “Peter Kay’s Comedy Shuffle”.

The following year, he continued to land minor roles in such TV series as “Comedy Lab” and “Lead Balloon”, after which he played various roles alongside other young comedic actors in the E4 comedy sketch series “School Of Comedy” (2009-2010).

Will Poulter landed his big break role in 2010, when he was chosen to portray Eustace Scrubb in the fantasy adventure film “The Chronicles Of Narnia: The Voyage Of The Dawn Treader”, which is the third and final installment of “The Chronicles Of Narnia” film series, directed by Michael Apted and based on the novel of the same title by C. S. Lewis. The film was a huge commercial success as the highest-grossing film in 2010, with almost $415 million taken at the box office.

It was followed by his portrayals of Dean in the independent crime comedy-drama film “Wild Bill”, directed by Dexter Fletcher, and Mac in the pilot episode of the BBC Three supernatural horror miniseries “The Fades”, both in 2011. During the same year, he featured on his friend and famous YouTuber Jack Harries’ video, entitled “Jack & Will”.

Will Poulter’s next major role was in Rawson M. Thurber’s 2013 crime comedy film “We’re The Millers”, in which he starred as Kenny Rossmore, and shared the screen with Jason Sudeikis and Jennifer Aniston. It was also a box office success, grossing over $270 million on a $37 million budget, and gained him further mainstream recognition – for his performance in the film, he won an MTV Movie Award for Best Breakthrough Performance.

In 2014, he landed the role of Fordy in the action comedy-crime film “Plastic”, next to Ed Speleers and Alfie Allen, and featured as Shane in the Irish independent drama film “Glassland”, opposite Toni Collette. During the same year, Will had the part of Gally in the film adaptation of James Dashner’s dystopian sci-fi novel “The Maze Runner”, co-starring Kaya Scodelario and Dylan O’Brien; it’s the first installment of the film series of the same title, topped the box office, and became a critical success. He didn’t appear in its 2015 sequel, “Maze Runner: The Scorch Trials”, but reprised the role in the final installment of the franchise, entitled “Maze Runner: The Death Cure”, and then winning the 2014 BAFTA Rising Star Award.

In 2015, Will Poulter was cast as Jim Bridger in the Academy Award-winning epic Revisionist Western film “The Revenant”, next to Leonardo DiCaprio and Tom Hardy. He then appeared as Jack in the coming-of-age drama film “Kids In Love” (2016), which was followed by his portrayals of Sgt. Rick Ortega in the satirical war film “War Machine”, sharing the screen with Brad Pitt and Anthony Hayes, and the racist police officer Philip Krauss in the period crime film “Detroit”, both in 2017. In the next year, he played Roderick Ayres in the gothic drama film “The Little Stranger”, which is based on the novel of the same title by Sarah Waters, and Colin Ritman in “Black Mirror: Bandersnatch”, an interactive film of the critically acclaimed Channel 4/Netflix anthology series “Black Mirror”.

In 2019, Will Poulter landed the role of Mark in the folk horror film “Midsommar”, along with William Jackson Harper, Jack Reynor and Florence Pugh. Thereafter, he provided his voice to Andrew, Anthony, and Abraham in the survival horror video game “The Dark Pictures Anthology: Little Hope” (2020).

Most recently, he guest-starred as Sam in an episode of the Amazon Prime Video fantasy historical drama series “The Underground Railroad” and played Billy Culter in the Hulu drama miniseries “Dopesick”, created by Danny Strong, both in 2021. It’s announced that he’ll appear as Bobby Jones in the upcoming three-part adaptation of Agatha Christie’s novel “Why Didn’t They Ask Evans?”.

Will Poulter has short light brown hair and hazel eyes. He stands at a height of 6ft 3ins (1.91m), while his weight is around 180lbs (82kgs). Information about his vital statistics, biceps size, and shoe size isn’t available.

Will Poulter was romantically involved with popular actress and model Yasmeen Scott in 2019, but since then he hasn’t been spotted with any other girl.

His current relationship status is a mystery and his fans believe that he is single at the moment and focused on his professional acting career.

His favorite actor is Leonardo DiCaprio, while his favorite film is “Stand By Me” (1986). He is a supporter of the British film industry.

He enjoys playing soccer, and is a huge fan of Arsenal F.C.