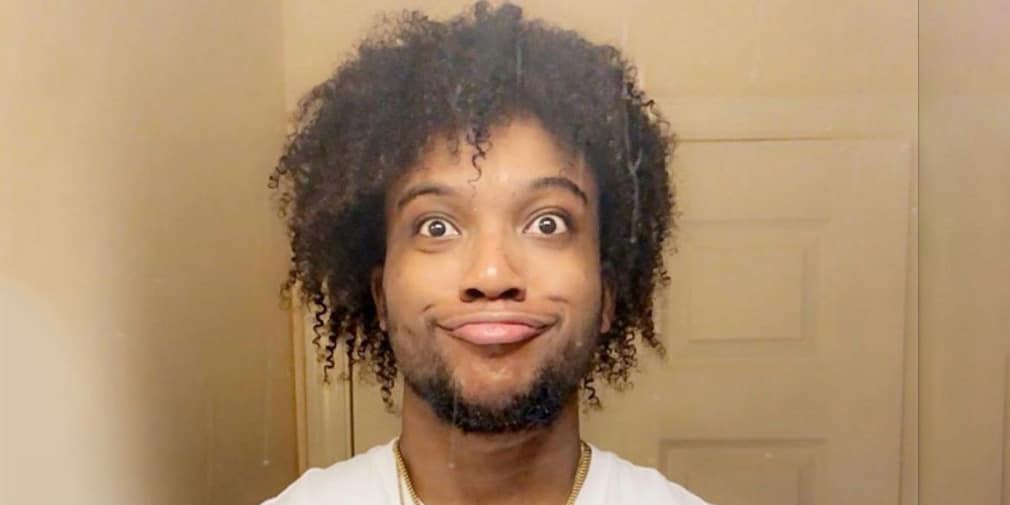 Despite being a public figure, the streamer is extremely private. We have provided as complete details as we knowm about YourRAGE in the biography below. Stay with us.

Josh – surname undisclosed, and popularly known as YourRAGE – was born on 17 August 1997 under the zodiac sign of Leo, in the USA. He is of African-American descent and holds American nationality. There are no details about his early life, family or educational background. However, we do know that he obtained his Bachelor’s Degree, apparently from a prestigious American university.

Josh started his streaming career on Twitch while in college. He was doing research for an assignment when he stumbled on Twitch, and eventually Flight Reacts’ channel. He found the streams entertaining, and as a result was inspired to create videos that would let him express himself, and entertain people on Twitch and YouTube.

Some of his most-streamed games are “The Walking Dead: A New Frontier”, “Warzone”, “Call of Duty: Black Ops Cold War” among others, but he prefers playing the online multi-player game Fortnite to every other.

In 2020, he was banned from Twitch for allegedly using hateful slurs.

His account was restored shortly afterwards. YourRAGE spends a lot of time gaming Twitch categories – since creating his channel, he’s spent over 750 hours in the “Just Chatting” category, with the “Call of Duty: Warzone” category a close second, with 107 hours.

Josh attracted his largest audience of 40,000 people during his “Just Chatting” streams. His Twitch account (@yourragegaming) has 715,000 followers, and he recently became a Twitch partner.

YourRAGE started his first YouTube channel, ‘YourRAGE Gaming’ on 3 December 2013. However, he didn’t join the league of Content Creators until 2018. His first video, “17 KILL- Fortnite Season 5 First Reactions to Map & Double Shotgun Nerf” was uploaded to the channel on 13 July 2018, and it has 75,000 views.

Subsequently, he shared another video, captioned “This Video Will Get 1 Million Views for No Reason”, and it surpassed his expectations, eventually attracting 1.5 million views. Some other early videos from YourRAGE are “I Destroyed a Streamer & His Squad Doing Solo vs. SQUADS” “Where Was The Last Guy?”, and “The Drippiest Skin in Fortnite” all in 2018, with 202,000, 39,000, and 40,000 views respectively.

As YourRAGE started to gain more traction on YouTube, his view count increased dramatically, from the thousand range to millions. In 2019, the YouTuber added pranks to his content category, bringing even more fans from other parts of the internet.

Aside from creating his own gaming content, YourRAGE has also reacted to several gamers’ content, some of whom are Young Don the Sauce god, Kai Cenat, AMP, and Jidion.

On 28 January 2017, he created another channel with the same nickname, ‘YourRAGE.’, and became more famous and gained more followers when he collaborated with a fellow YouTuber, SoLLUMINATI.

The YourRAGE Gaming channel now has 1.02 million subscribers, 562 videos, and a total of over 165 million views of all videos.

Due to his large followership on YouTube and Twitch, it didn’t take long for Josh to become a social media celebrity. He has two Instagram accounts – (@yourrage) with 363,000 followers, and a backup account (@joshjustjoshh) with over 2,000 followers.

Josh started dating lifestyle blogger and model, Chaotic Allure towards the end of 2019. However, they don’t discuss their relationship nor post each other on social media. Things took a different turn as they went public on YouTube recently; in a funny video on her YouTube channel, he did her make-up to entertain their subscribers.

In a Q&A video, Josh revealed that he doesn’t show his face on YouTube for personal reasons, however, he posts selfies on Twitter and Instagram from time to time. Josh announced the acquisition of his dream home on Instagram, saying, ‘Just bought a house at 23. I ain’t got no motivational paragraph to write or nothing, but I love you all.’ He lives in the US with his pitbull named Creed.

As per his dressing style, Josh loves wearing baggy clothes such as sweatpants and hoodies. Sometimes, he may dress in a tight shirt that shows off his abs.

As of late=2021, Twitch celebrity Josh a.k.a YourRAGE’s net worth is estimated at over $1 million; his yearly income varies. Details of property owned by him or his family remain undisclosed until further notice.