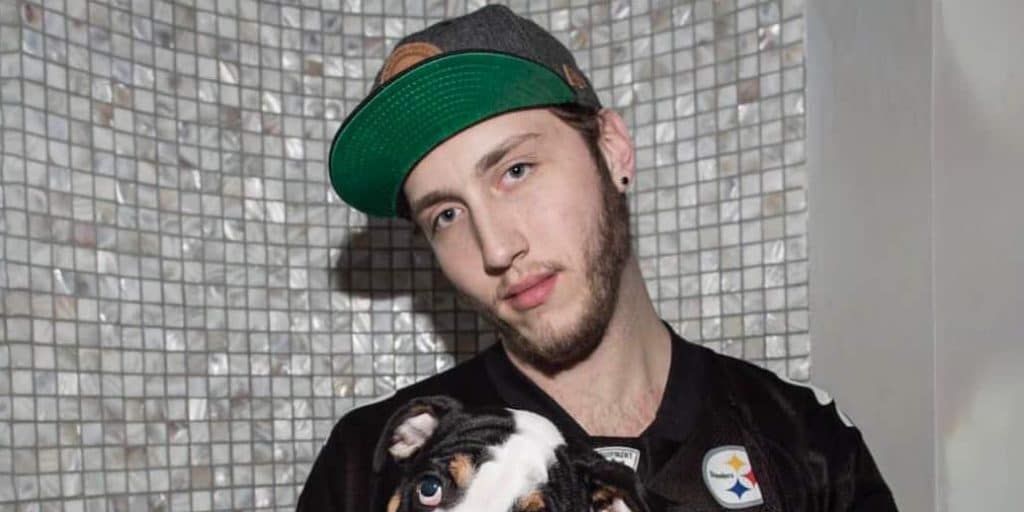 FaZe Banks is a famous American YouTuber and music producer, best known for being a founding member of the FaZe clan and co-owner of the esports organization. Keep reading to learn all about Banks and his rise to fame with FaZe.

Richard ‘Ricky Banks’ Bengston was born on 18 October 1991 under the zodiac sign of Libra, in Lawrence, Massachusetts USA. He’s of White Caucasian ethnicity and holds American nationality. At age seven, Richard moved with his family to Lowell, where he went to high school. We are uncertain if Richard Banks obtained a college degree, but he began his foray into entertainment at the age of 20.

On 17 September 2011, Richard created his YouTube channel under the name Soar Banks.

It wasn’t until he joined FaZe Clan that he renamed the channel to FaZe Banks. His first video “The Single Greatest SoaRing in Style” was uploaded on 5 October 2011, followed by three more videos that year.

His fanbase grew dramatically once he became affiliated with the FaZe Clan,. It was not until 3 February 2014, that Banks finally did a face reveal on his channel, in a video featuring FaZe Temperrr, following which he started doing more vlogs, in which he discussed the recruitment of some FaZe members ,such as FaZe Loams, FaZe CBass and FaZe Pride.

He often featured social media star Alissa Violet on his channel, and their videos often went viral. The most popular on FaZe Banks’ channel are “Reacting to my Girlfriend’s Vine’s (Alissa Violet)”, “How to Sneak Snacks into the Movies!!!” (2017), “24 Hours in an Elevator with RiceGum” all in 2017, with each of them viewed 16 million, 11 million, and 15 million times respectively.

As with his girlfriend, Banks also collaborated with some popular YouTubers such as James Charles, and Jake Paul.

Since then, fans have speculated on why he became inactive on YouTube, but Banks himself has yet to address the issue publicly.

In late 2021, Faze Banks’ YouTube channel has 5.22 million subscribers, 176 uploaded videos, and 410 million total views, making him one of the most successful YouTubers. The FaZe influencer also has about 2.8 million followers on his Instagram page (@banks).

Banks joined FaZe Clan in 2013 while living in Miami Florida, collaborating with other members of the clan to create and upload gaming clips, while building a community of online gamers. He is a co-owner of FaZe, and currently serves its Chief Operating Officer (COO).

Ricky Banks launched his clothing line ‘L00se Change’ in 2017. The brand’s Instagram page had almost 110,000 followers, and the first collection sold out completely. FaZe Clan partnered with Clout Gang and The Gumball 3000 to design a limited edition collection for the brand.

In recent times, Banks’ way of creating content has been to host his podcast “Mom’s Basement” alongside Colossal is Crazy and Killer Keemstar. He has had Logan Paul, KSI, XXXTentacion, Shane Dawson and a host of other celebrities on his podcast, which now has 69 episodes.

Ricky Banks shared that he became addicted to adderall in 2016. Since then, he’s been vocal about his struggle with depression and advocates for mental health.

As a social media celebrity, Banks has had his fair share of public relationships. He started dating social media personality Alissa Violet in 2017, but they broke up in July 2019 after two years of dating. According to Alissa, their break-up was due to a number of faults on Banks’ part.

She shared that she had suspected him of cheating and eventually caught him red-handed; he had a rage problem, and wouldn’t take responsibility for their dogs.

Early in 2021, FaZe Clan suspended some of its members in light of their engagement with sponsored crypto-currencies. This ‘pump and drop’ activity meant that these influencers would buy an obscure token, in this case, the ‘SaveTheKids’ token, and encourage their followers to buy in order to increase the amount of profit they earn before dumping the coin.

Banks was dragged into the cryptocurrency drama, as he’d promoted an alt coin a few weeks before.

In response to the social media outrage, he replied on his Twitter page – ‘I’ve never one time been part of a pump and dump. My wallet’s public and I wasn’t any part of this.’

He currently lives in the FaZe House, located in Los Angeles, California.

Ricky Banks is 6ft 6ins (1.98m) tall, weighs around 175lbs (79kg), and has short brown hair and brown eyes. The YouTube star loves wearing baggy tee-shirts and shorts, but sometimes wears classy hoodies from ‘Loose Change’ and other famous brands. He often complements his look with a hat/cap because he has a bald spot on his head.

In early 2021, FaZe Banks has an estimated net worth of  over $4 million, accumulated from his YouTube career, sponsored advertisements on social media, partnerships with famous brands, and some personal endeavors. Details of property owned by Richard Banks and his family remain undisclosed.