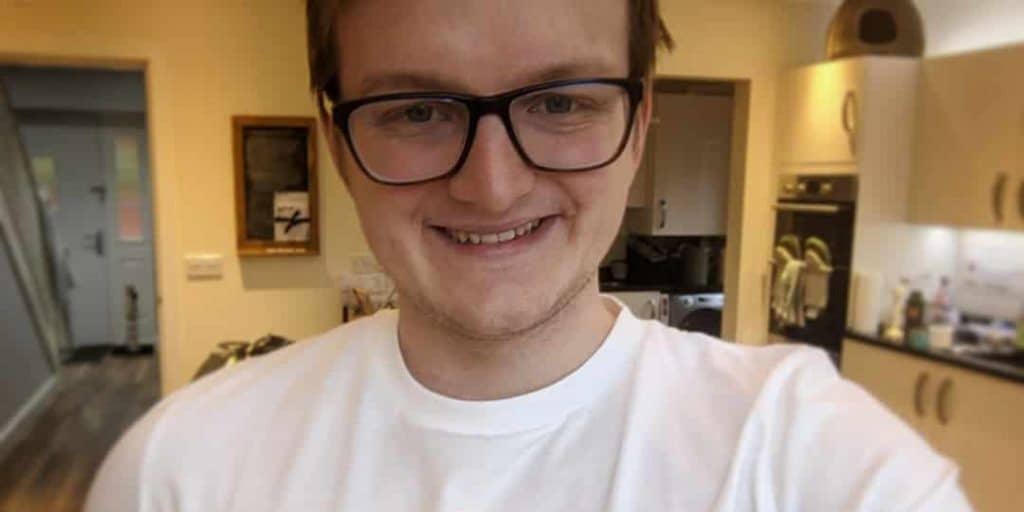 Grian is an English YouTuber, who has achieved stardom by uploading gaming videos, mostly focusing on the popular video game “Minecraft”. He’s amassed millions of fans on his official channel, attracting people from all over the world.

Grian was born as Charles Batchelor on 9 August 1993 under the Leo zodiac sign, in London, England. He hasn’t talked much about his family and has only said that he has a sister, but didn’t reveal her name or age.

To speak of his formal education, he matriculated from the online Akademi High School, alongside his best friends and now YouTube stars as well, Sam and Taurtis, and after which Grian went on to obtain a degree in Biology. However, his love for video games prevailed and he began making YouTube videos.

Before going solo, Grian was a member of the YouTube collective known as CraftedMovie. They were active from 2010 until 2015, amassing over 400,000 subscribers on gameplay content on “Minecraft” and its game mods.

In 2015, Grian uploaded his first solo video “Building With Grian – Minecraft Tree Tutorial”, which now has just over a million views. He continued to make tutorial videos about Minecraft and how to build various items within the game, such as horse cart, jungle tree house, floating islands, and many others.

Grian was becoming more popular with every new video ,and his part in numerous Minecraft Evolution server episodes launched him to stardom.

He now has more than 7.2 million subscribers, while his videos have been viewed more than 1.7 billion times. Some of his most popular videos include “50 Ways to Mess With Your Friends In Minecraft” with just under 70 million views, then “101 Minecraft Build Hacks”, which has around 25 million views, and “How Not to Build in Minecraft (Common Building Mistakes)”, which has been viewed by more than 20 million like-minded people from all around the world.

He has continued to upload new videos onto his channel until the present day – his most recent video “Last Life: Episode 8 – The Endgame”, already has more than a million views.

To speak more of his accomplishments, Grian has created the highly popular Minecraft MMORPG entitled WynnCraft, and is also known for playing on the HermitCraft server which he joined in July 2018, and has since been playing with 21 other hermits, including Mumbo Jumbo, who is his good friend.

Additionally to his main channel, Grian has another channel named Two Much Grian. The channel was launched in 2013, but the first video was only uploaded in 2018, “Maui in Minecraft”.

As a second channel he’s been using it rather more freely as he isn’t focused only on uploading Minecraft-related content, though it is predominant. He’s played various video games, including “Among Us”, “Pokemon Go”, and others, and since creating the channel he’s amassed over 630,000 subscribers and more than 35 million views. Some of his most popular videos on this channel include “Among Us but Grian is a Detective”, which has around four million views, then “Hermits play Among Us for the First Time”, watched 3.7 million times, and “Grian is a Triple Imposter (Among Us)”, with 2.5 million views, in addition to a number of other videos that have increased his popularity.

When it comes to his personal life, Grian is rather secretive as he doesn’t like sharing private details. However, according to reports, Grian is already a married man, and his wife is Majo Ellen. She’s featured in some of his videos, and it’s revealed that the two married in 2020.

As of late 2021, Grian’s net worth has been estimated to be around $5 million, earned through his successful career as an online content creator.

The prominent YouTuber has light brown hair and blue eyes. He stands at a height of 5ft 6ins (1.68m), while he weighs approximately 132lbs (60kgs). His vital statistics are currently unknown, though he has an average figure.

Grian is a huge animal lover, and cats are his favorites – he has three pet cats and has even made a documentary about these friends.

He spends a lot of time in front of a computer and in addition to playing Minecraft, he also loves playing “League of Legends”, and “The Legend of Zelda: Majora’s Mask”, among others.

He lived in Japan for some time as he and his parents moved there when he was a child, but have since moved to the USA.

Grian is a fan of comic books, and his favorite character is Batman of the DC Universe.

He dreamt of becoming an actor as a young boy, however, he has since changed his mind, but has used some of his acting skills to make his videos rather more interesting.