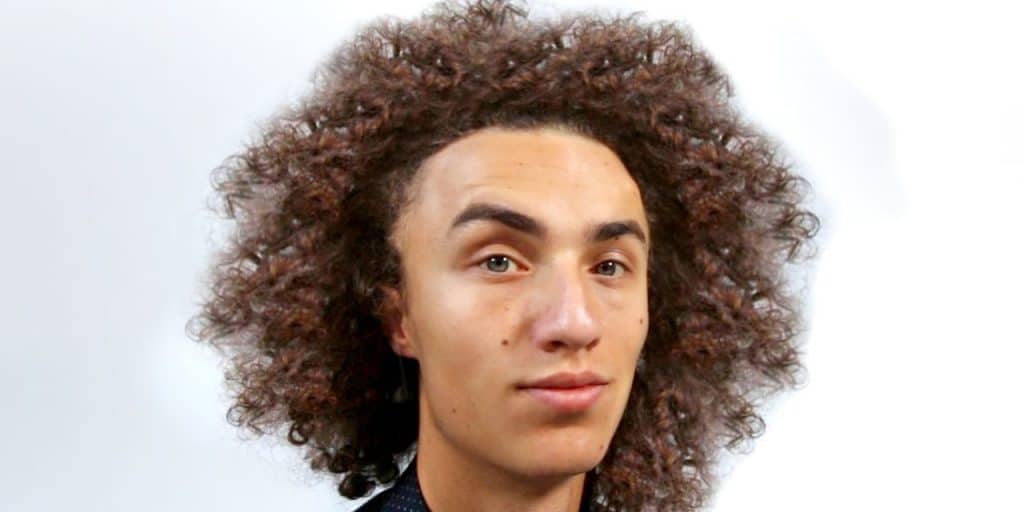 Kwebbelkop is a Dutch YouTube star, known for his gaming videos, playing such video games as “GTA 5”, “Minecraft”, “Fortnite”, “Roblox”, and many others.

Kwebbelkop was born as Jordi Maxim van den Bussche on 1 June 1995 under the Gemini zodiac sign, in Amsterdam, Netherlands. He is the younger of two children born to Ben van den Bussche and his wife Brigittela – Kwebbelkop’s older sister is Lauren.

I did it, I got myself a Bored Ape! @BoredApeYC #BAYC #Apefollowape #NFTs pic.twitter.com/BxcgqNd9SK

His parents divorced when he was just two years old, and that marked his childhood and the start of his many troubles. He switched time between an abusive father, and an alcoholic mother who later remarried and divorced again. He has cited his sister as his idol, and a huge help during his formative years. He was diagnosed with dyslexia which affected his academics, but still finished high school with good grades. He didn’t pursue a college degree, but focused on his YouTube career.

His interest in video games beat everything else, and in 2008 he started his YouTube channel, however, for some time he just watched other YouTubers, learning from their content – his first video “First gameplay | Black Ops: Escalation Zombies ‘Call of the Dead” was uploaded in 2011. He made a few more videos that year, all “Call of Duty” gameplay videos, and continued in the same fashion in 2012. From 2013 onwards, his YouTube career became his main focus, uploading videos more often, and starting to play other games, including “Halo 4”, “Minecraft”, “Battlefield 3”, among others.

As his popularity was increasing, Kwebbelkop began making new friends, and in 2014 he started the gaming group with YouTubers Jelly, and Aquib. The trio would play racing games in the beginning, but Aquib left the trio after a few months, then Kwebbelkop and Jelly were joined by British YouTuber Slogo. Kwebbelkop was a member of the trio until 2019, when he left due to mental health problems that affected him and his content. He was overwhelmed by problems at the time, including his father’s death, so he quit the trio and just focused on his own content.

Since 2019, he’s made different content, such as “Try Not to Laugh” and “Try Not to Get Mad” challenges, then daily vlogs with his girlfriend and other similar videos, which has annoyed some of his fans mad, but others have started loving him even more. He now has around 15 million subscribers on his YouTube channel, and his videos have been viewed more than 6.5 billion times. Some of his most popular videos include “World’s Hardest GTA 5 Try Not To Be Impressed Challenge!” with 30 million views, then “Coke & Mentos Try Not To Laugh Challenge! w/ Robust”, which has been viewed more than 23 million times, and “Slapping My Face For 24 Hours In One Video”, watched over 21 million views, in addition to many other videos with millions of views that have only increased his popularity.

Additionally to his YouTube fame, Kwebbelkop is popular on Twitch. He has a massive following on his official channel, and a number of subscribers who pay a certain fee for extra content. He has streamed such games as “GTA 5”, “Minecraft”, “The Sims 4”, and others.

When it comes to his personal life, Kwebbelkop has been known for his extravagant lifestyle, driving fast cars, and living in luxurious houses. He has talked about his love life in public, often making videos with his girlfriends.

He was in a relationship with a girl named Jamie for some time, before they broke-up in 2016.

The same year, he started a romantic relationship with popular YouTuber Azzyland, and they dated for four years before calling it quits in 2020. They would often make videos together, but their romance negatively affected Kwebbelkop, as he was feeling sad and depressed more often than not, which eventually led to a break-up. He even made a video in which he talked about the reasons behind their end.

He has moved on since, and is now in a relationship with Dutch girl Sophie Duijn.

As of late 2021, Kwebbelkop’s net worth has been estimated to be around $5 million, earned through his successful career as an online content creator.

The prominent YouTuber is known for his neck-length curly dark brown hair and green eyes. He stands at 5ft 9ins (1.76m), while he weighs approximately 145lbs (66kgs). His vital statistics are 39-28-40 and his biceps is 21.

Growing up, Kwebbelkop was a rather active child despite spending a bunch of time in front of a screen playing various video games, and that is how he earned a scar on his forehead. He loved cycling, and during one of the cycling missions he fell and hit his head hard, which marked him for the rest of his life.

He’s an avid animal lover, and had a pet cat named Zorro, which sadly died in April 2021; he had her for four years.

In addition to video games that he’s shared on YouTube, he enjoys the “Assassin’s Creed” franchise, “Skyrim”, “Happy Wheels”, “The Legend of Zelda”, and “Skyrim” as well, among other games.

Although he spends a lot of time in front of a screen, he tends to go running and visits a gym several times a week. To maintain his slim figure, Kwebbelkop avoids eating sugar. Other than this, he doesn’t have other diet plans.