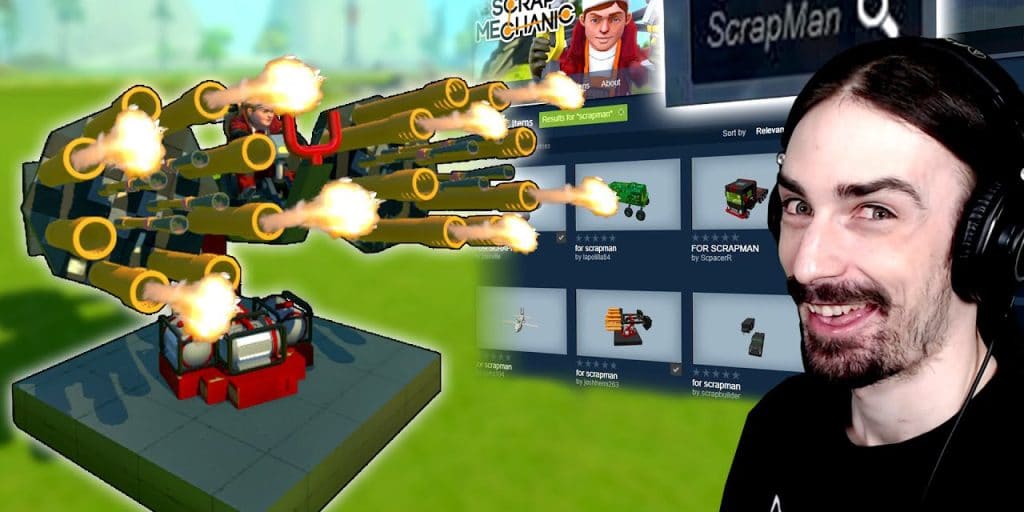 William, or Billy – last name is unknown – is better known by his online alias ScrapMan, was born on 22 January 1990 under the zodiac sign of Capricorn, in Massachusetts, USA. He’s a 31-year-old social media personality, gamer and musician, who gained fame for uploading videos related to such video games as “Scrap Mechanic” and “Trainmakers” to his YouTube channel.

How rich is he, as of now? ScrapMan Net Worth

As of mid-2021, ScrapMan’s net worth is estimated at over $1 million, earned through his successful Internet-based career, which includes video monetization, donations, and creating sponsored posts and videos for various companies. He has also increased his fortune through the sales of his line of merchandise.

ScrapMan apparently spent his early years in Massachusetts; he remains silent about his parents, so there’s no information about their names and professions, and it’s also unknown whether he has any siblings or is an only child. He holds American nationality and belongs to White Caucasian ethnic group. He subsequently lived for around nine years in Oahu, Hawaii where he attended Hawaii Pacific University, graduating with a degree in Psychology in 2012.

Billy started playing the creative multiplayer sandbox game “Scrap Mechanic” four months before he launched his official channel on YouTube. He came up with an idea to start the channel after being asked many times how he did certain things during the creation of his machines in the game, and whether he had a YouTube channel or not. On 20 April 2016, he launched his channel under the name ‘ScrapMan’, to archive his creations and share them with other players; he immediately uploaded his first video entitled “Scrap Mechanic Creation Montage”, which earned him a huge number of views.

He continued to create similar content, and his channel subsequently went viral after being spotted by another popular YouTube personality, MrMEOLA, who highly recommended his videos, and invited his subscribers to follow the channel. It encouraged Billy to completely focus on filming new videos for his channel, and pursue his career as a full-time YouTuber.

ScrapMan initially uploaded only gameplay videos of “Scrap Mechanic”. Once he hit his first 5,000 subscribers, his fans asked him to expand his content and play other video games.

Shortly afterwards, he started posting gameplay videos and streams of such games as “Minecraft”, “Terra Tech”, “Trainmakers”, “Main Assembly”, and “No Man’s Sky”, among many others. Concurrently, he continued to play “Scrap Mechanic”, and created a series called Multiplayer Monday, which he plays together with several other YouTubers, including kAN Gaming, Moonbo, Camodo Gaming, Durf, and others.

So far, he’s garnered nearly 650,000 subscribers, while his videos have been viewed almost 290 million times in total.

He’s also created an Instagram account under the nickname ‘scrap.dogs’, on which he has more than 2,000 followers, moreover, he’s active on Discord, a digital platform mostly used by gamers and streamers. Recently, he launched a line of merchandise, which includes hoodies, t-shirts, masks, mugs, and other items.

In one of his YouTube videos, ScrapMan revealed that he developed his love for music very early, and started playing guitar as a 12-year-old boy. He recently started pursuing a professional career as a musician, and on 29 March 2021, he created his music channel under the name ‘Catarinth’.

On 24 September he released his debut EP of the same title with four songs, “Daedalus”, “Recover”, “Cost Of Judgement”, and “Found Away”.

ScrapMan tends to keep all details about his personal life away from the eye of the public; however, he once revealed that he has a wife and that they’d been married for more than three years, so probably since August 2015. The name of his wife is Teresa A. Cantero and she goes by the name Tora Lights on Instagram.

ScrapMan is quite a skilled circus performer, who knows how to juggle seven objects, hand balance, slackline, and do various card tricks. He has performed in several circus productions, appearing as half of an acrobatic duo. He also worked as a circus skills instructor in a private school of arts in California.

He prefers burgers to tacos. He also likes both cow’s milk and goat’s milk.

His favorite color is red.

He is an avid animal lover and has two pet dogs, named Tai and Cass – in his spare time, he enjoys walking and playing with them.