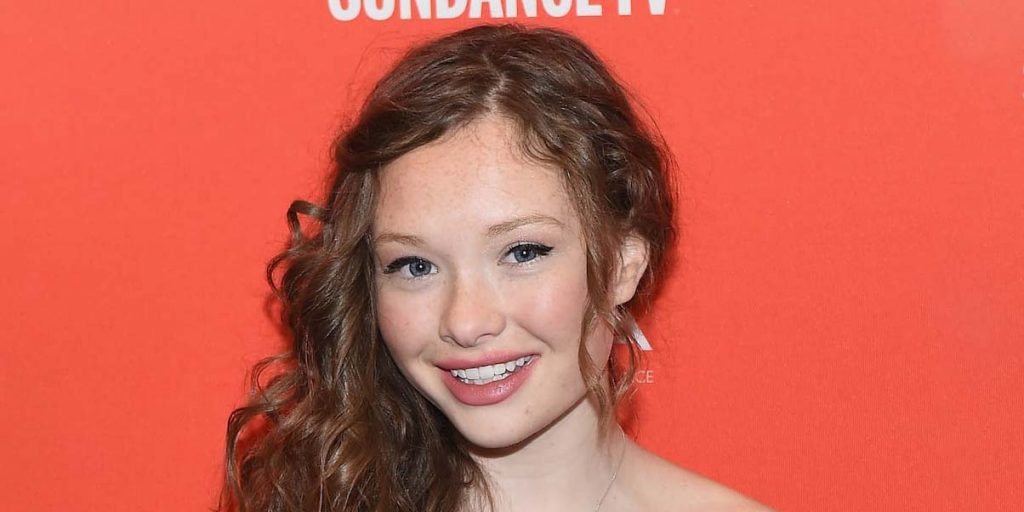 Who is Zoe Margaret Colletti?

Zoe Margaret Colletti was born under the zodiac sign of Saggitarius, on 27 November 2001, in Burlington, New Jersey USA. Her ethnicity is mixed, she is half-Italian and half-German, and she holds American nationality. She is an actress with 18 credits to her name, while she’s perhaps best known for her role in the 2019 movie “Scary Stories to Tell in the Dark”, in which she played the main character, Stella Nicholls. It’s a mystery adventure horror directed by André Øvredal and written by Kevin Hageman, Guillermo del Toro and Dan Hageman, based on the novel of the same title by Alvin Schwartz. The plot revolves around a group of friends (Stella, Auggie, and Chuck) who are living in the small town of Mill Valley, and it all goes wrong when the trio meets a mysterious man on Halloween night.

Zoe Colletti was raised in Burlington by her parents – Cheryl Colletti, her mother, is of Dutch-German descent, while her father, Christopher Colletti, originates from the Sicilian-Dutch genealogy.

She has one older brother whose name is Ian Colletti, who is also an actor, and is perhaps mostly known for his roles in “Baby Mama”, “Phoebe in Wonderland” and “Preacher”.

He was Zoe’s inspiration to launch her acting career, as she looked up to him, and Ian is very proud and supportive of his little sister. They still haven’t acted together in any movies or TV series, but have performed several melodies at various events.

Zoe attended a local high school, and upon matriculating in 2020, she didn’t enroll at college. As with many other actresses, Zoe started her career as a model and then slowly paved her way into the acting world. Her first appearance was in the 2006 movie “American Man”, a comedy directed by Rob Schiller.

She first acted as Cydie in the drama series “Mercy”, created by Liz Heldens, and she then appeared as Elana Moody, in an episode of the mystery crime drama “Past Life”, which is about a couple who are helping their clients solve their past life’s mysteries as to fix the problems in their current life. Afterwards, she was cast to play Sophie Young, in four episodes of another mystery crime drama “Rubicon”, which was nominated for a Primetime Emmy Award.

In 2019, Zoe appeared in the popular mystery crime series “Law & Order: Special Victims Unit”, which had 161 award nominations and 56 wins, including six Primetime Emmys. In the same year, she acted alongside Kevin Bacon, Lauren E. Banks and Aldis Hodge in the crime thriller “City on a Hill”, created by Chuck MacLean.

In 2020 and 2021, Zoe starred as Dakota, in the sci-fi horror drama “Fear the Walking Dead”, a spin-off from the popular TV series “The Walking Dead” set in Los Angeles, California, and later on in Mexico. The story follows two unstable families who must stay together to survive the zombie apocalypse.

It has recently been announced that she will appear in the upcoming 2021 drama “Acts of Crime”.

Zoe made her acting debut on the big screen, in the movie “American Man” in 2006, in which she was cast to play the character Emma Wilson, followed by her role in the movie “Annie”, acting alongside Jamie Foxx and Cameron Diaz.

Zoe portrayed Tessie in this family comedy drama about a foster kid named Annie, who lived with her mean foster mom, and after the candidate for mayor of New York City takes her to live with him, Annie sees that her life is starting to change. The movie had 18 award nominations and three wins, one for the worst remake or sequel of a movie, because the original “Annie” in 1982 was nominated for two Oscars, so difficult to surpass.

In 2018, Zoe acted alongside Jake Gyllenhaal in the drama “Wildlife”, directed by Paul Dano and which won six awards. In the same year, she was cast to play Desiree in the biographical drama “Skin”, which is about a young skinhead who decides to leave the supremacist movement and stop being racist, while working unusual jobs with illegal workers.

Before filming the 2019 movie “Scary Stories to Tell in the Dark”, Zoe had a main role in the 2018 short comedy “Lucy in the Sky”, starring alongside Whoopi Goldberg.

According to media, Zoe has dated Ed Oxenbould, who is an Australian actor; they apparently started dating in November 2016. However, the reason for their break-up is still unknown.

After that, Zoe began dating Nicholai Perret, who is a comedy vlogger and skit creator on YouTube and Instagram known as Nichlmao.

She often posts videos and pictures of them together onto her Instagram account, as the couple is still together. Her newest Instagram story shows just how much they are committed to each other, as Nicholai has a tattoo of Zoe’s name on his leg. They are still a young couple so they aren’t married, and don’t have kids.

Some of Zoe’s favorite hobbies are watching movies, singing and traveling.

Zoe loves to watch horror movies, even though they scare her; her favorites are “The Shining” and “The Conjuring”.

One of her idols is Timothee Chalamet, and she was so thrilled when she accidentally met him at an airport. She also adores Cole Sprouse and Kristen Wiig.

Her favorite color is blue.

She loves to cook, and her favorite cuisine is Italian; she has learned to prepare Italian dishes thanks to her father.

Zoe is an animal lover, with dogs and ducks being her favorites. She has a dog called Lous V (Luis Vincenzo Colleti) and her boyfriend has recently given her two ducks.

On social media, she often posts pictures featuring herself and her outfits.